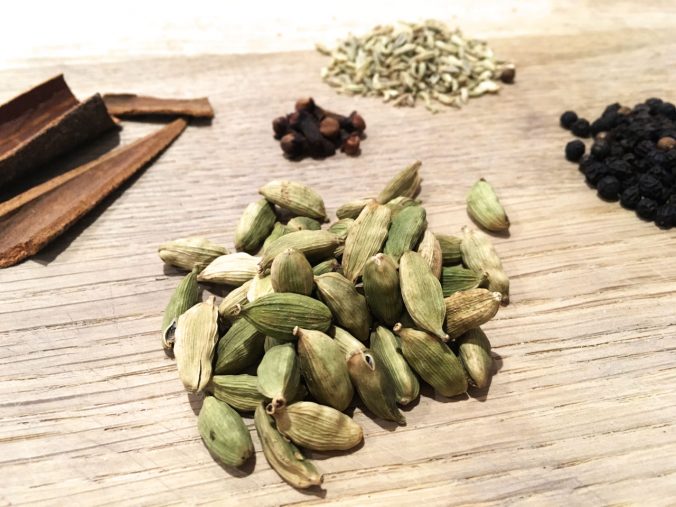 My consumption of tea rockets as soon as the temperature starts to fall. But the choice of black teas is very limited if you avoid caffeine – it’s basically builders or Earl Grey. This year, I’d been craving chai, but couldn’t find a decaf blend so decided to have a go at making it instead.

Cardamom is at the heart of most chais, for good reason: It’s incredibly fragrant, with a spiced, almost citrusy scent. The flavour can be overpowering, but when used with care, it’s gentle, soothing and quite heavenly.

Spiced chai is usually made by boiling it on the hob, which is delicious, but a bit of a faff. Then it struck me that using ground spices might work, too – and because they release their flavour more easily, perhaps a stew in the teapot is all it would take.

This is super easy and makes a fragrant and gentle spiced chai that’ll chase away the chills on even the coldest nights. The recipe below will make a small jar, enough for several pots of tea.

A note on spices: The most fragrant ones – cardamom especially – lose their flavour quicker than you might think. It takes a little bit of time to extract the sticky black seeds from their pods (a bash in a pestle and mortar will help) and boxfresh ground cardamom will be nice too, but I promise it’s worth it to use them whole.

(It’s also why this is best made in small batches – a large jar would lose its flavour after a couple of months.)

A note on spice grinders: We do love spicy food, so perhaps that’s why the spice grinder is my most-used kitchen gadget. I have this Cuisinart one and love it – it’s powerful, sturdy, easy and the spice bowls and lid go in the dishwasher. (Also it’s super fun to zap spices in it. Bzzzzzzz!)

If using whole cardamom, remove the black seeds and discard the pods.
Grind the seeds and the rest of the spices in a spice grinder or pestle and mortar until they make a fine powder.

Store the spice mix in a jar with a tight-fitting lid. It’ll last for about 2 months. 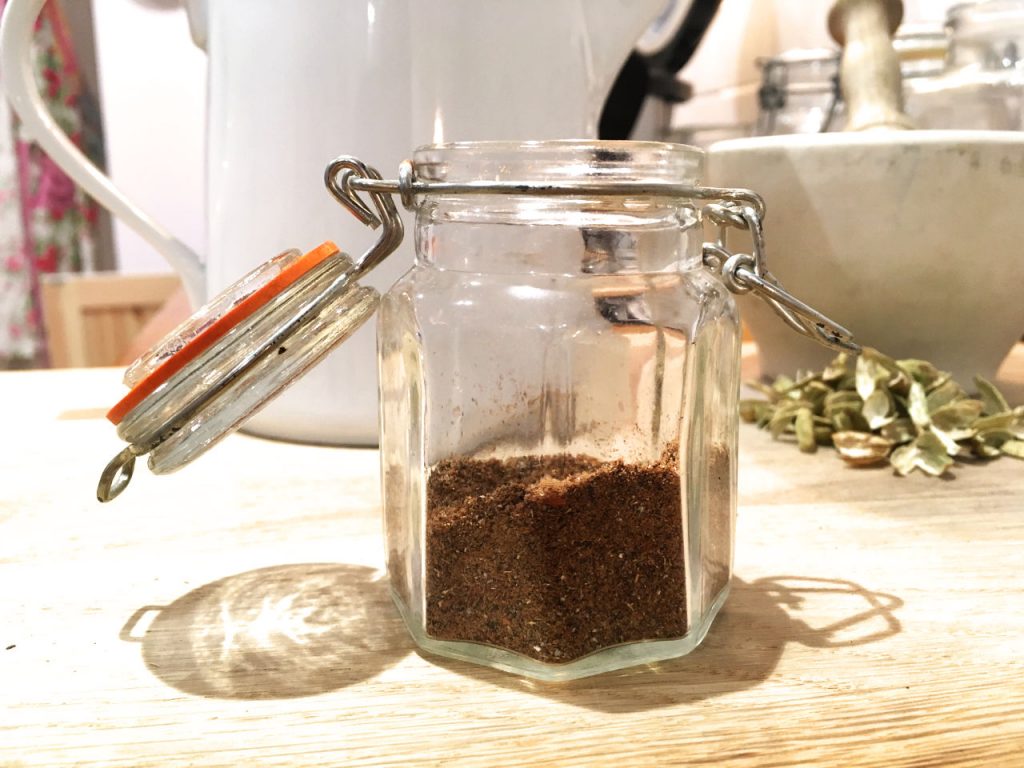 A spice mix to warm you from nose to toes.

Then just add a teaspoon of the spice mix to the pot along with the loose tea or teabags. Let it brew properly – at least 5 minutes. I like to add more milk than usual to the chai. Sweeten it with sugar or honey as you like – though the cinnamon and cardamom add a natural sweetness.

A teaspoon or two of powdered ginger in the spice mix or a slice or two of fresh in the pot could perk up anyone heavy with cold. Perhaps a little turmeric too.

For tea, I use my usual Clipper decaffeinated bags, two in the pot. Redbush tea could be nice; Earl Grey for max fragrance. 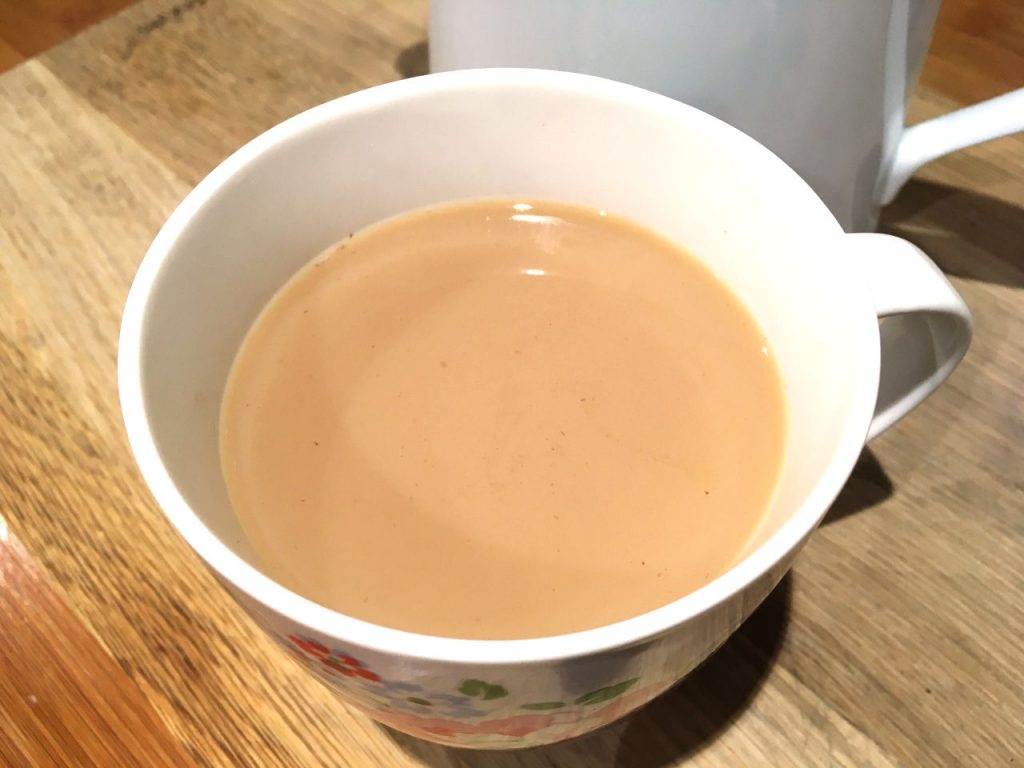 Now that’s what I’m talking about.

Little jars of this could make sweet Christmas presents for tea-loving friends.

Now, if I can just work out how to fake decaf Lapsang Souchong …