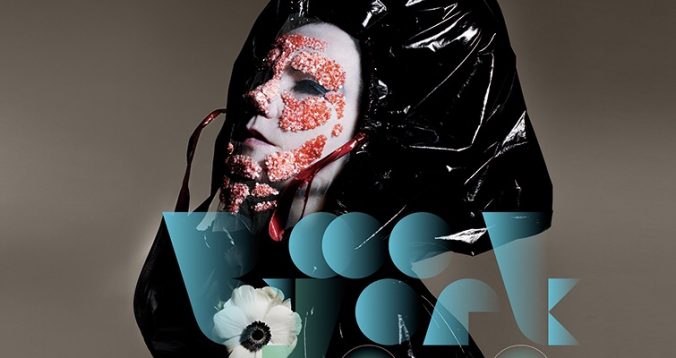 Somerset House is building a name for itself in interactive and digitally led exhibits (its Big Data exhibition earlier this year was authoritative, multi-layered and extremely rewarding), but it still seems quite a coup for them to snag the European premiere of Björk’s journey into virtual reality. It’s an absolute must-see for anyone interested in her music, in digital art or in the potential of VR.

There are four VR exhibits in all. (For the geeky, three use Oculus Gears and the final one uses HTC Vives, while sound comes from British audio experts Bowers and Wilkins.) It’s hard to know what to expect at first – each exhibition room is notably unassuming – but once the headsets are on, you’re plunged into bleak Icelandic landscapes, deep inside Björk’s mouth or into a digital world where clouds of fireflies surge together, encompassing her tiny neon avatar.

Her performances have always been powerful and intense. The intimacy that the VR adds – she appears inches from your face – is almost overwhelming. It’s also the perfect demonstration of her breadth of talent as a conceptual artist and as a collaborator with the world’s best video and digital artists. This isn’t work that can be described by tired buzzwords – to call these cutting-edge, innovative or groundbreaking is to demean them. This is pure digital art, and it is uncomfortable, sometimes difficult, surprising and – in the last installation especially – breathtakingly beautiful.

The VR installations are followed by associated exhibits including custom-made instruments and kit that Björk commissioned in order to create the works. They add a resourceful, Maker-movement feel to the production. There’s also a hall showing two hours of Björk’s videos, which show her evolution as an artist who’s as visual as she is musical.

But it’s the VR exhibits that are the stars of the show – and they are not just a consolidation of the work of one of the world’s most exciting artists. They herald the future of the entertainment industry and highlight the beauty that can be found within purely digital artistic expression.

Tickets are £15 each and limited to 25 for each session. Visits are strictly timed – don’t be late like I was (by 6 minutes) – if it’s busy (and it will be, it’s now approaching the end of the run) they may not be able to fit you into a later slot.