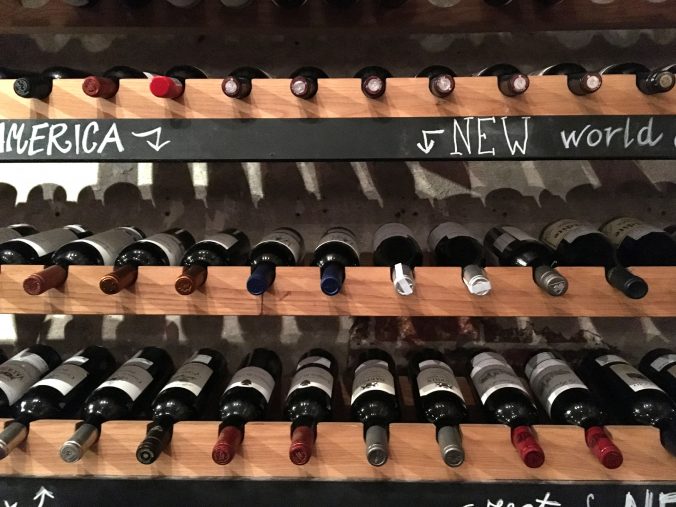 All the wines we could have tried instead of orange wine.

Yes, I *know* it’s crazy trendy right now. So when Rachel and I saw it on the menu at Bedale’s in Borough Market, of course we had to order it.

They really know their stuff at Bedale’s, and our waiter gave us quite a bit of background on the wine, which boiled down to “it’s left on the grape skins for a while, which gives it the colour, then as it’s a natural wine they let it go off to give its unique flavour.” 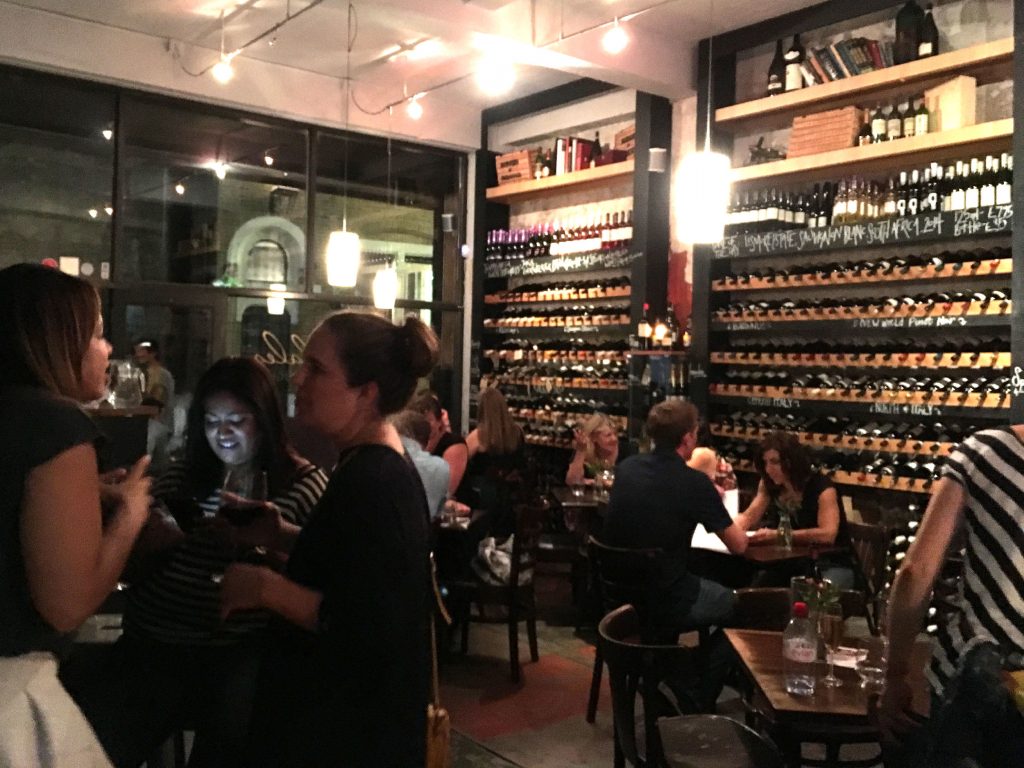 I took a sip, winced a little and passed the glass to Rach.

She tried it, wrinkled her nose and gave her verdict:

“Kind of tastes like wine from a can, not a bottle.”

I was slightly surprised that Rachel was the kind of girl who knows what “wine from a can” tastes like, but hey, we all have history …* And at £7 a glass, I think we can all agree that we want more than can-wine flavour. 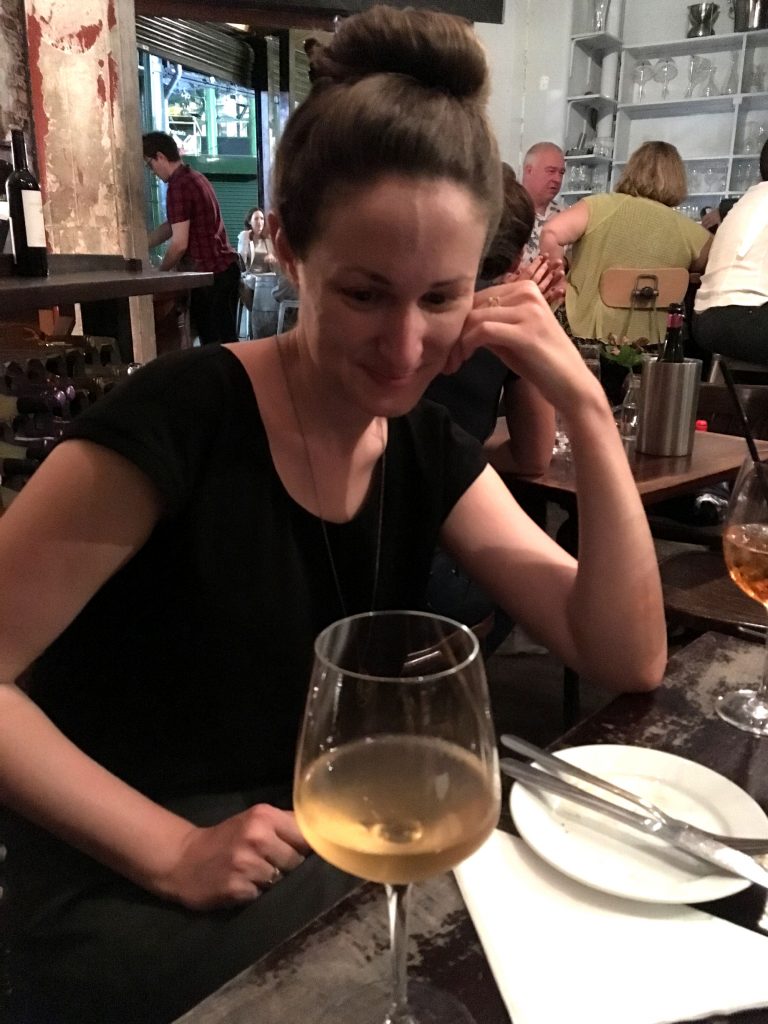 So, thanks orange wine (and especially the nice chap at Bedale’s who explained its special appeal), but no thanks.

We had some yummy burrata and spritzes, though. Will return; won’t order sour orange wine again there or anywhere else.

(Then followed a conversation about frosé, which Rachel has dismissed (probably rightly) as “frat-girl drink” but I still want to make, though leaving out the sugar that’s been in all the recipes this summer or it’ll all get a bit Ernest and Julio Gallo and hey, nobody wants that.)

Now, if you do head down to Borough Market in the evening, there are some fun places on Stoney Street. ShuckLDN was closed this time (no R in the month) and we were too late for pizza (I’ve had it before, it’s good) but we had great triple-fried chips from the stall next door.

Our favourites, though, were the empanadas from Porteña, a little Argentinian joint on the edge of the market. These are tasty little pastry pillows of savoury goodness. The chicken one is spicy, juicy and scrummy, and Rachel loved her provolone one – both went well with their big-girl rosé that’s dark, fruity and deliciously Ribena-ish. 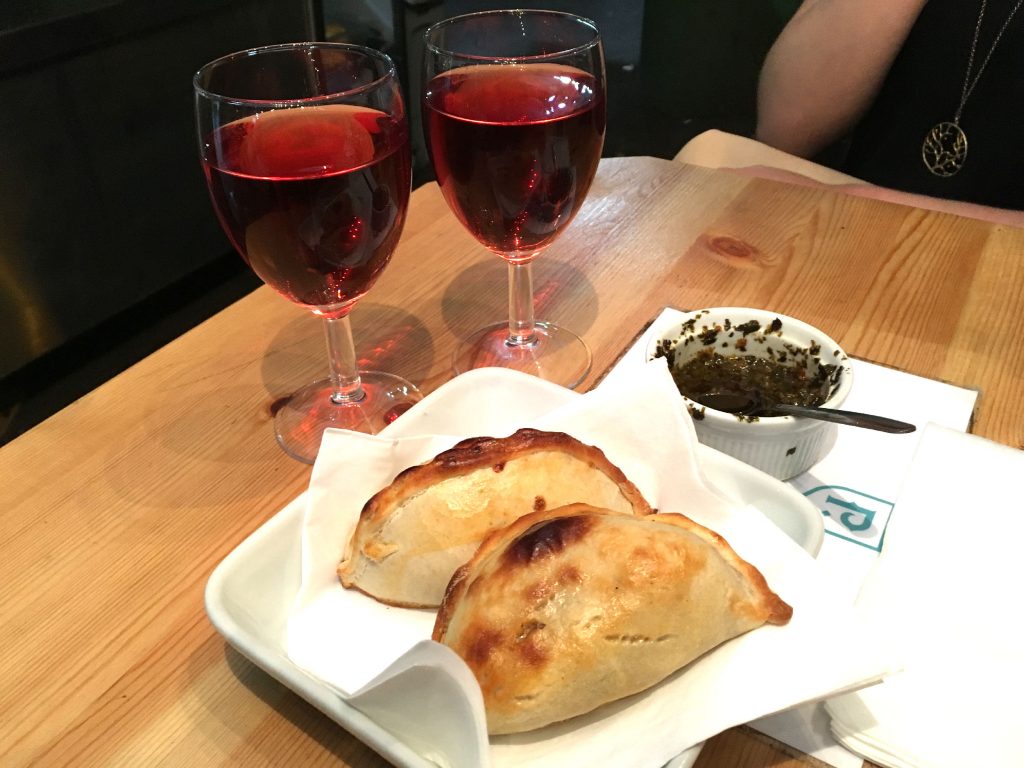 Empañadas from Porteña. Get inside me, you scrummy little parcels.

Then Ted showed up and got his face stuck into one of their enormous grilled steak sandwiches and a cold Quilmes beer. Happy professor.

Special mention to the guys who run it, who are super-lovely – we promise not to tell anyone you let us eat our chips at the table .

The verdict: Pink trumps orange. At least where wine’s concerned.

*Clarification: I don’t actually believe Rachel has ever tried wine from a can. She is way too classy.

Joe Public Pizza on the Common