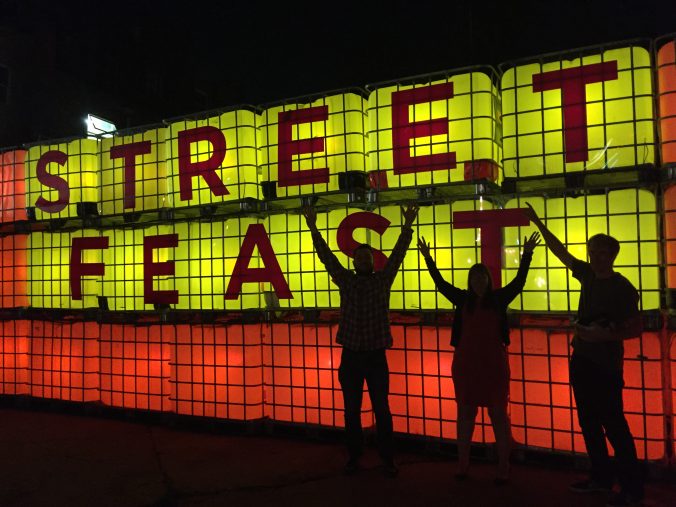 Off to Dalston Street Feast last night, with the East London comrades.

I had the spicy ahi tuna pokē from Eat Pokē – mmm, delicious! 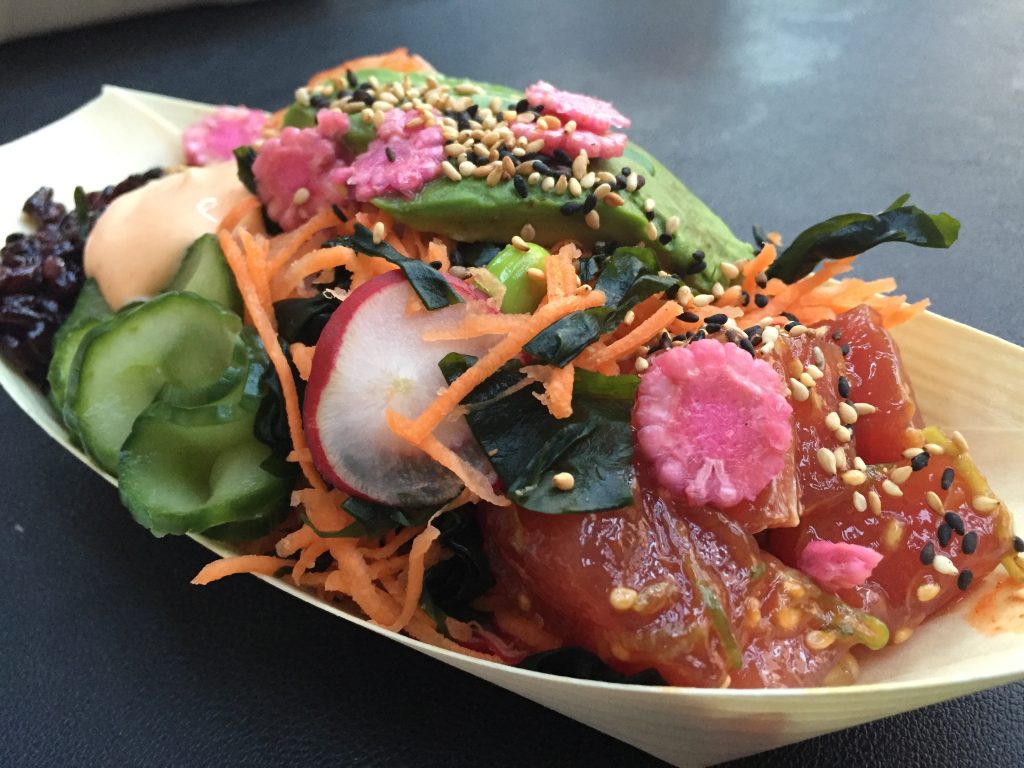 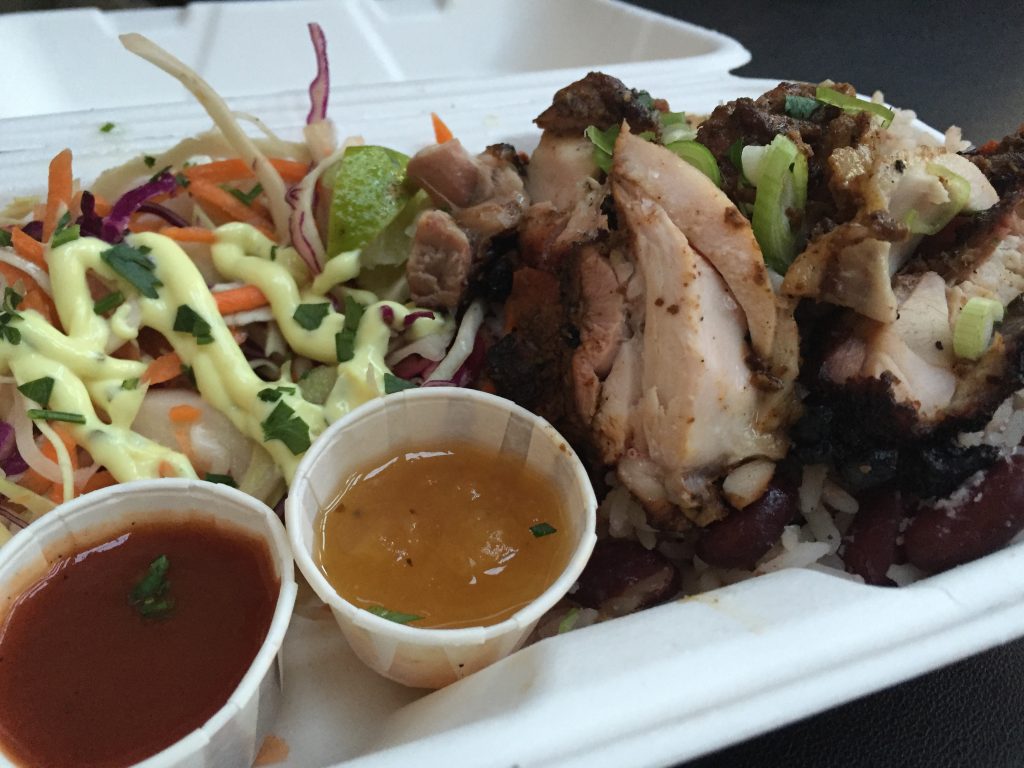 (As a Brixtonite and loyal Jeff the Chef fan, I did not approve, but he said it was good.)

We also tried some pork buns from Yum Bun (they lived up to their name), ribs from Smokestak, mini-naan sliders from Rola Wala (the Keralan dall one was soo good – it warmed us up with cinnamon spice) and arepas from Petare.

We only wished we had space for the fried golden bun with coconut ice-cream from Yum Bun or pavlova from the Meringue Girls, which looked simply A-MA-ZING. Next time …

Dalston Yard was quieter than in recent years – perhaps we visited later in the year – and seemed a bit more corporate, especially on the drinks side. We would have preferred local beers (at local prices…?) Still, a fun night with great food and some of the finest people in the land. 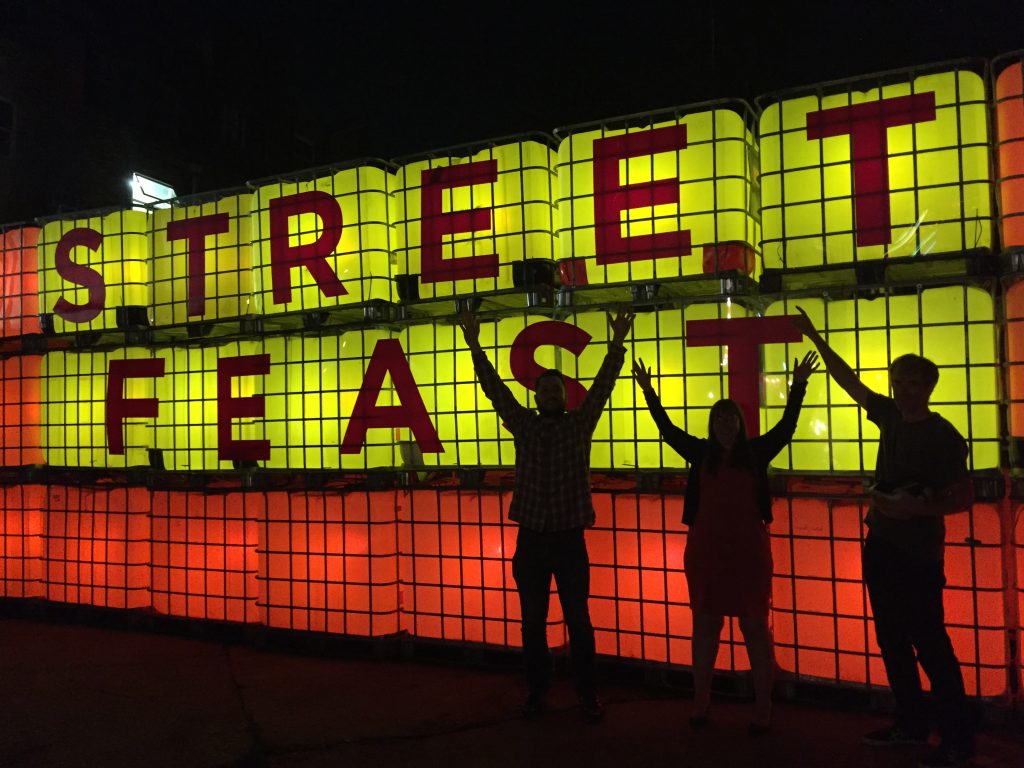 Which Hockney would you invite to dinner?