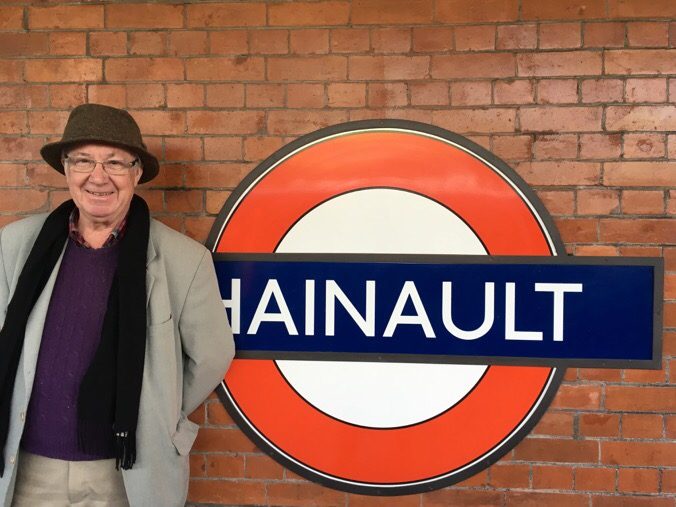 So my dad and I have this thing we’re doing, to travel through every station on the London Underground May 2014 tube map.

I’m not quite sure how it started – possibly with a day trip doing the Overground Loop – but we settled on May 2014 as that was the map I had in my pocket at the time.

Last week it was time for the Big Red.

We met at Mile End, which must sit directly above a nest of Dementors, as it’s freezing cold and windy, despite being underground and protected from the elements.

Then we headed East. As a diehard SOTR-er, I’d not been further east than Stratford before, and had imagined the lands beyond as a grey wasteland, filled with derelict tower blocks, burnt out Vauxhall Astras and misshapen NOTR types, ready to fend off property developers with tetanus-infected pointed sticks, and frankly who can blame them.

But it’s actually rather lovely, and soon we were zooming through fields of cows (Cows!) and horses (Horses!) in brilliant sunshine. 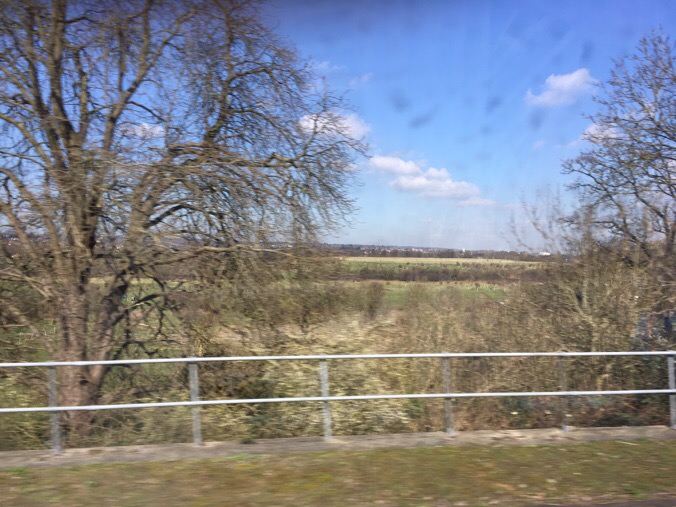 Hainault was our first stop. It’s a very pretty station – one side of it is trad, the other looks like it’s just sailed in from the 1930s. 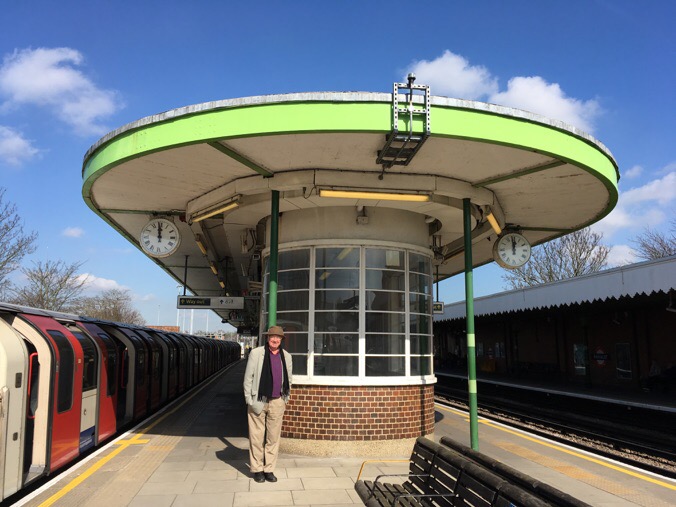 (Nice symmetrical double-clock action there, too.)

Then off to Woodford via Grange Hill, which doesn’t look at all like it did on TV … 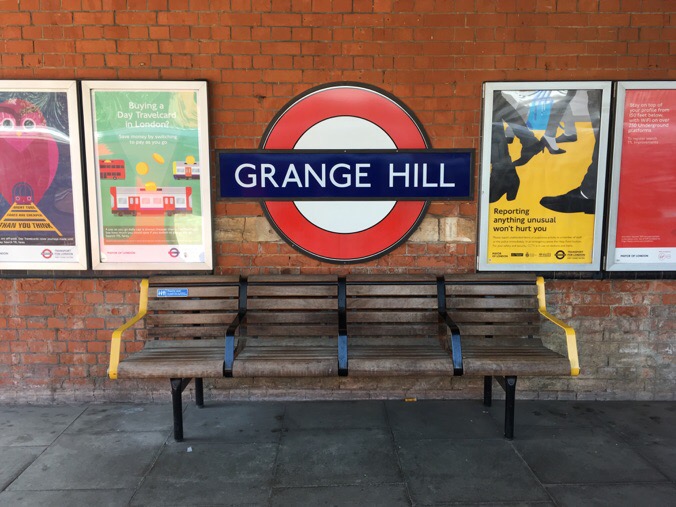 Finally, we reached Epping, the end of the line: 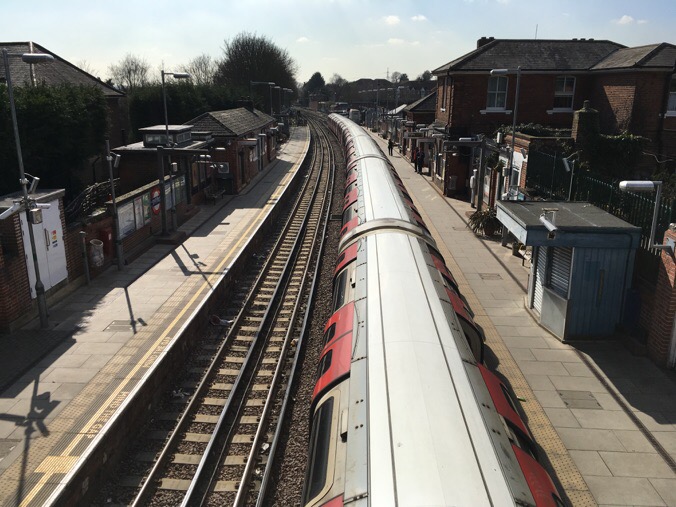 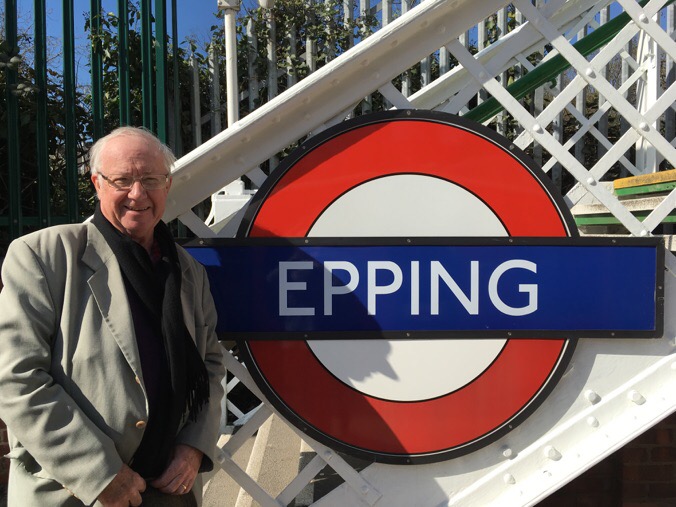 The station is guarded by a tiger, apparently. 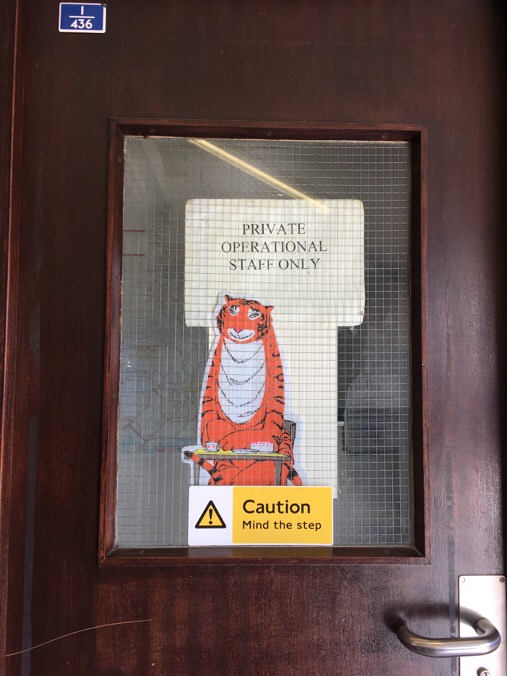 At least he looks quite friendly.

Epping is very pretty. It has a lovely church: 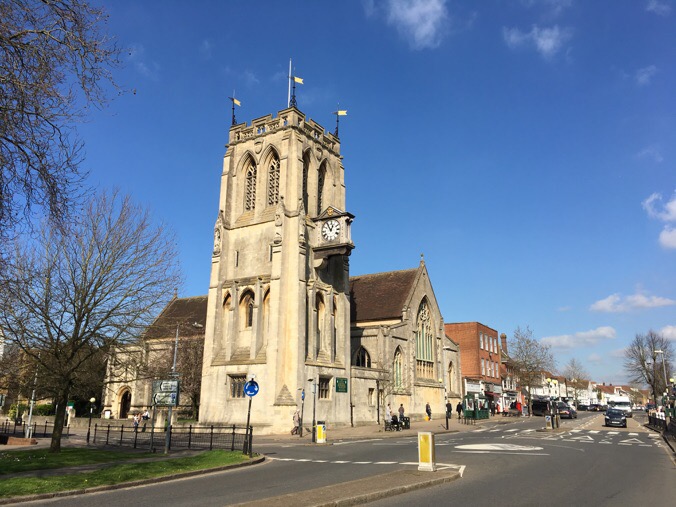 In the churchyard, we saw a child’s footprint surrounded by violets. Who knows how long it’s been there? I wonder where she is now … 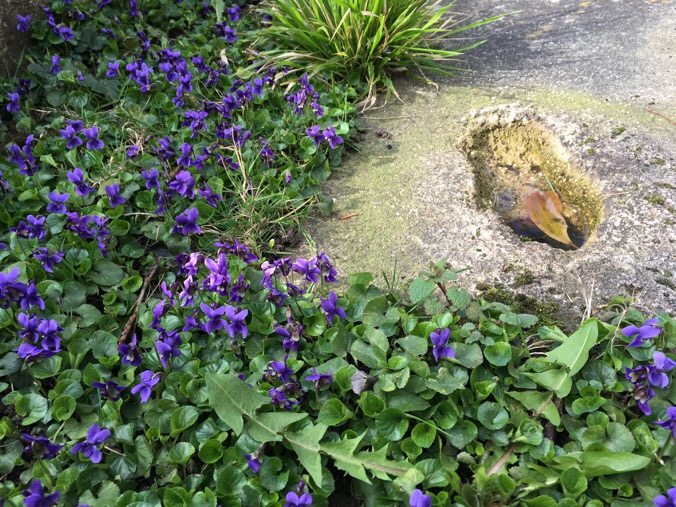 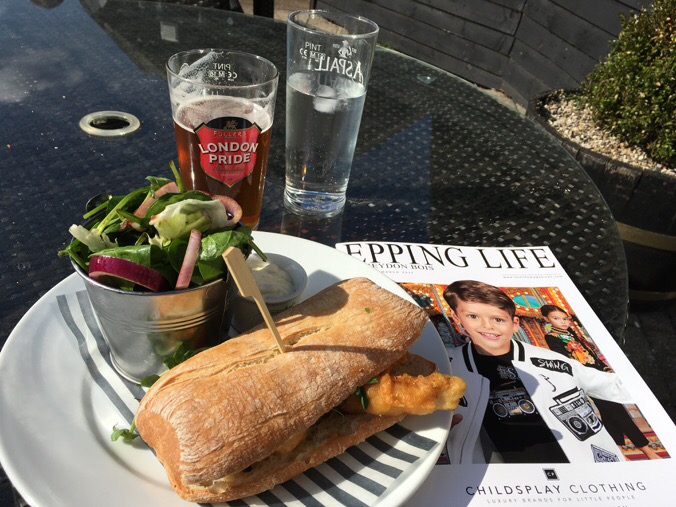 Then it was time for the loooooooong trip West.

The new(ish – 2011) Central Line moquette is rather lovely. Can you spot the London Eye? And I’m pretty sure that’s St. Paul’s next to it. 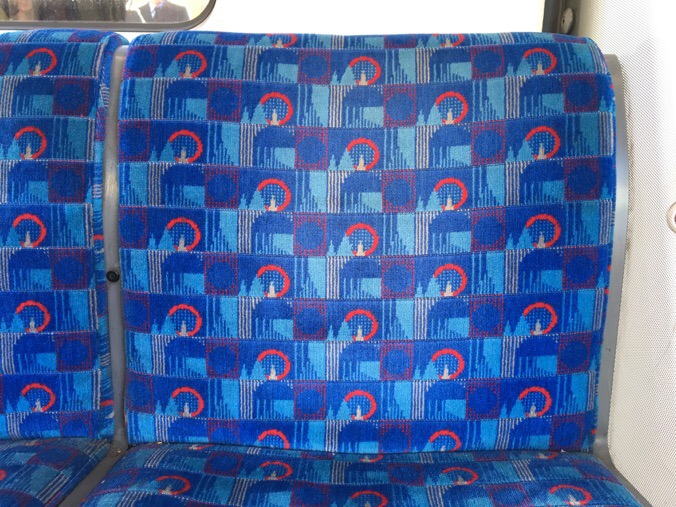 Quite comfy, too. This fabric is being rolled out across the underground network and will eventually replace all the line-specific liveries.

We went through this particularly pretty station – I think it might have been Northolt? Anyway, its original paint colours were the cause of much excitement at our end of the carriage. 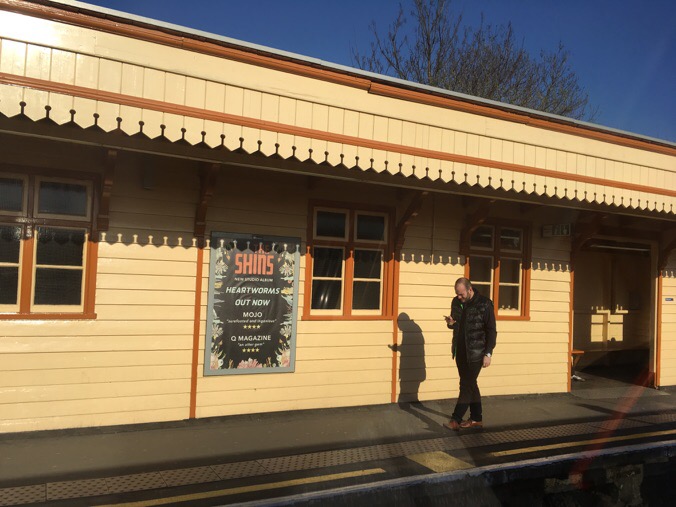 Less so the Mr Dizzy posters: 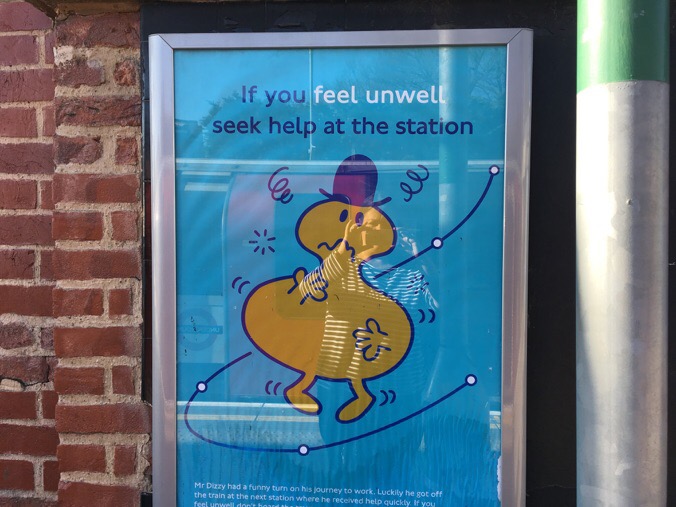 “Good god, the NHS is getting desperate.” #dadjoke 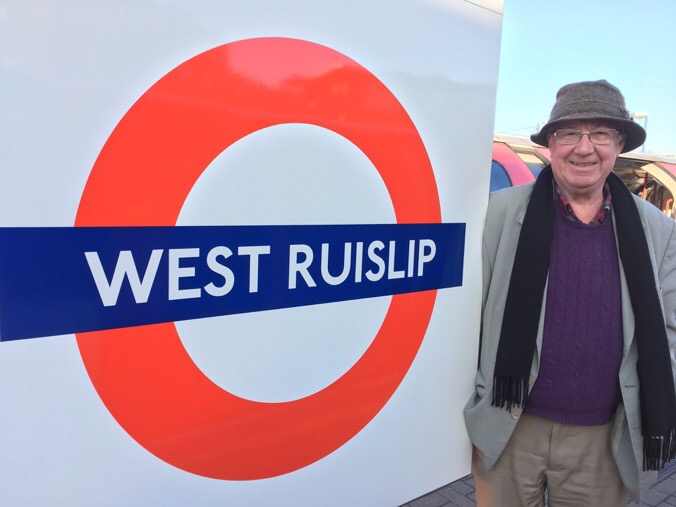 In case you were wondering, the trip West is less interesting – it’s very much like driving to Heathrow, i.e. travelling through a giant industrial estate peppered with terraced houses. But it looked very Metroland in the sunshine.

Then it was back to Greenford … 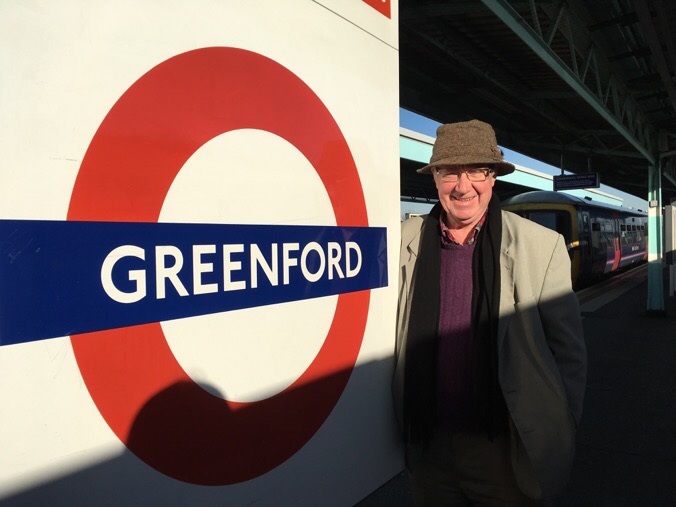 And a hop across to West Ealing … 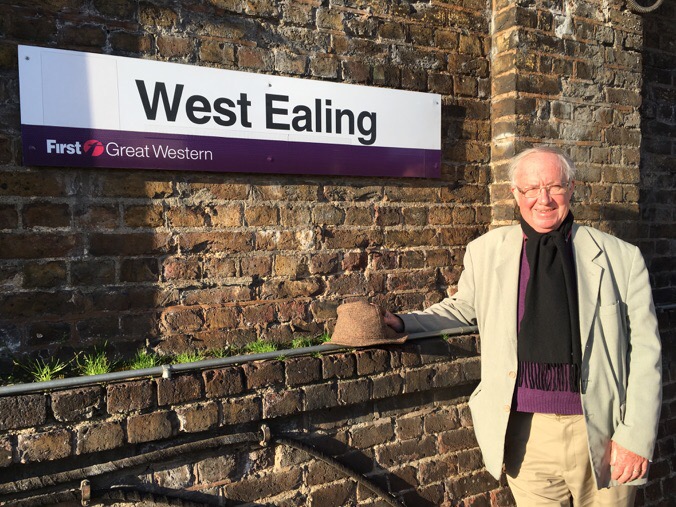 Where we caught the train to Ealing Broadway and had a cup of tea before returning home.

The map’s looking pretty good now – tune in next time for DLR Day! 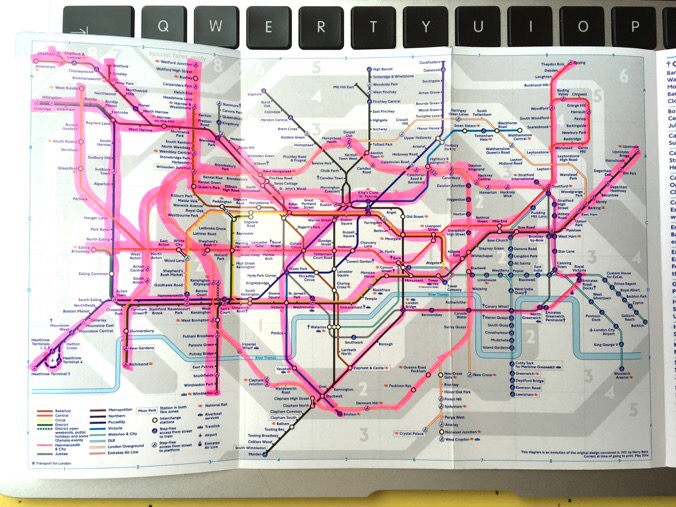 Exhibition: America after the Fall at the Royal Academy