The light’s starting to linger, there’s a hint of spring in our steps – but let’s face it, the nights are still pretty parky, so there are plenty of long, dark evenings to spend curled up with movies and books yet. First, though – a rather special record.

Stormzy – Gang Signs & Prayer
I know, I know, I might live around the corner from his manor, but otherwise am a million miles away from Stormzy’s target audience, and therefore picking this at all is a bit *cringe*. But – BUT – this is hands-down the best thing I’ve heard this year yet. It’s not at all what I’d expect from a grime album – delve a little way past the singles (Big For Your Boots and Shut Up, both of which are stompingly good) and you’ll find the sweetest melodies (give 100 Bags a try), some class A smooches (see Cigarettes & Cush), and the haunting, gospel sounds of Blinded By Your Grace.

But more than that, the production is so carefully crafted, the lyrics are so smart, the tracks are slick but still street, and the whole is one of those records that’ll keep giving you more the more you listen to it.

Anyway, this is a masterpiece and you should all totally download it right now. 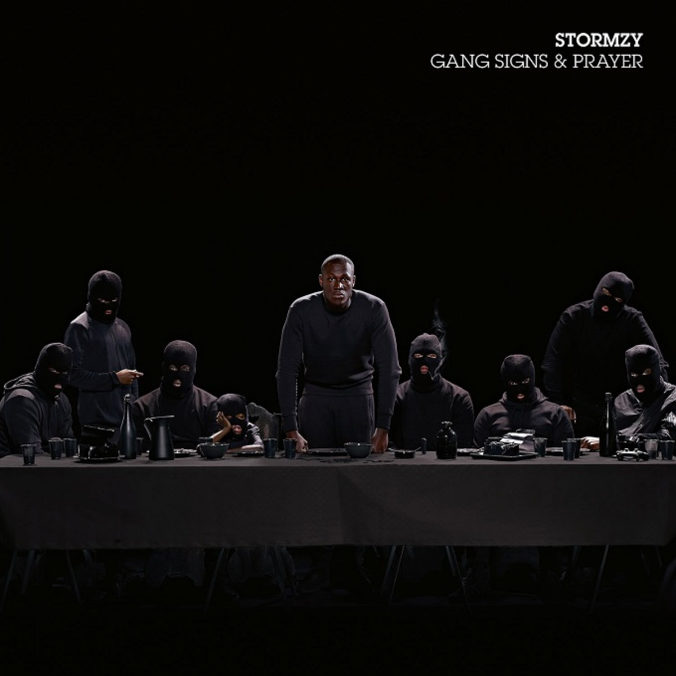 (What an album cover.)

Moonlight
This is the most beautiful film, it totally deserved the Oscar and I’m gutted for them that they were denied their big “wahoo!” moment by a bureaucratic screw-up.

Please, please go and see it.

PS If anyone from PWC is reading this, my gorgeous friend Pippa is fully qualified, will be available next February, looks amazing in a ballgown, would fit right in at the Oscars and SHE CAN READ AN ENVELOPE SO IT WOULDN’T HAPPEN AGAIN. I can put you in touch.

PPS The grace of the La La Land guys, though.

The Santa Clarita Diet
(out now on Netflix)
I binged the Santa Clarita Diet, which is a joyful romp, and not just because it’s fabulous to have Drew Barrymore back, which it is, but also because behind its cheeky and bloodthirsty premise is a delightfully naughty exploration of 21st-century feminism . I’m looking forward to raising a glass of red to season 2.

Riverdale
(out now on Netflix)
I confess, we’re enjoying Riverdale much more than we should – it’s great teenage angsty fun. Like Smallville meets Twin Peaks with a dash of Dawson’s Creek. Total guilty pleasure stuff – it’s also great fun spotting the shots recreated from the comics – there’s almost a Take On Me feel to some of the scenes, they’re so clearly mapped from the original drawings.

Get Out
And I can’t wait to see Get Out, which looks hilarious/uncomfortable:

Daughters of the River Huong by Uyen Nicole Duong
A beautiful book telling the story of four generations of Vietnamese women from Hué. This swept me away on the Perfume River into a world of silk, concubines and forbidden love – one of those books where you can smell the incense as you read it. There are elements of magical realism and the lyrical style means that if you like Isabel Allende and Gabriel Garcia Marquez (I do), you’ll enjoy this (I loved it). 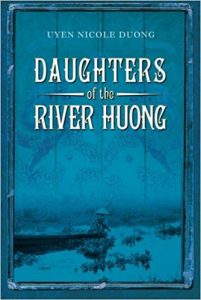 Daughters of the River Huong: A spellbinding journey across generations in Vietnam

Bangkok Eight by John Burdett
The closest thing to a speedy tuk-tuk ride through Bangkok without actually *going* to Bangkok, this thriller is fast-paced, smartly constructed and hilariously written. The characters are great company and the twists in the plot left me reeling. I can’t wait to introduce this series to my family – they’re definitely “us” books. 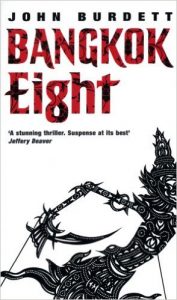 Bangkok Eight: A rip-roaring crime caper around the world’s most vibrant city

My Brilliant Friend by Elena Ferrante

In other news, I’ve finally started on the Neapolitan Quartet by Elena Ferrante. The first book is beautiful. Her style flows so easily, yet the words have a depth that’s rare to find and her voice has such elegance. (I have never experienced the comma splice deployed with such grace.) It’ll be intriguing to see where Elena and Lila’s stories turn in the next volume. 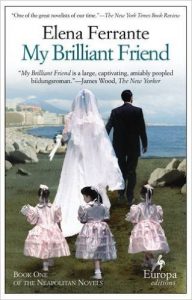 My Brilliant Friend: The first in Ferrante’s fêted Neapolitan novels 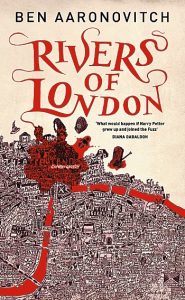 Next on the bookshelf …
Carrie Fisher’s final (sniff!) volume of memoirs, for when I can read it without sobbing into the nearest Wookie, and volume 2 of Paper Girls.

A princess in Peckham — and some bao buns worthy of royalty