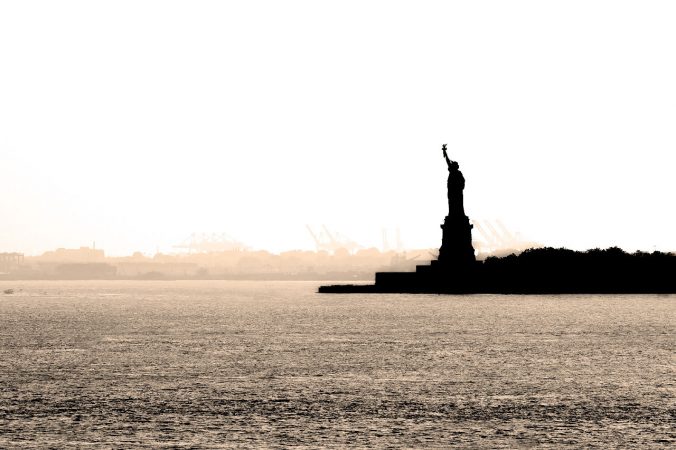 Sometimes it can be a struggle to understand the choices people make. The past few days, I’ve been reading a lot around the U.S. election result and trying to comprehend why both that and the Brexit vote happened.

The thing that really gets me about these is the impact they’ll have on young people. My nephews, one who’s three, the other not even a year old, are growing up in a world where people are so polarised. There’s so little listening and so much hatred and judgement. It’s exhausting and sad.

I wondered how to explain current events to them. There’s a lot been written by others about the value of listening, of appreciating kindness and of celebrating difference. Here’s what I have to add.

So let’s start with big problems. Big problems are, by their nature, complex and interlinked – that’s why we haven’t solved them yet, right?

But there are people who claim that they can solve them “just like that”. Because, they say, there’s a quick fix that, incredibly, all the talented and hard-working people who’ve tried to solve these problems before simply haven’t spotted, or have chosen to ignore due to self-interest.

I call these claims “magic beans”.

Here are some words that are commonly used as magic beans by the people who lead us, or want to lead us:

All of these are deployed to convince us that someone is somehow able to wave a wand and make problems disappear in a flash.

And they’re very, very dangerous, because they are used by demagogues to get us to vote them into positions of power – or to persuade us that we don’t need to spend the money, because the need isn’t there, or isn’t that great. (Which would be nice, but isn’t true.)

Some magic beans act like blue pills – global warming *is* happening, but isn’t it so much nicer and more comfortable to think that it doesn’t exist. Higher taxes *would* fund more healthcare and schools, but it’s a brave politician who’ll come out and say so, because wouldn’t we all prefer to believe the guy who says that’s not necessary, have more money in our pockets and pretend we’ll never get ill.

They want us to believe in magic.

Let’s not believe in magic.

Let’s not believe in magic beans.

Because there are no magic beans.

2. Judge people on their actions, not their words

If Billy shares his toys with Tommy and plays nicely with him, Tommy can consider him a friend. But if Billy says Tommy is his friend, but is mean to him, should Tommy trust Billy’s words or his actions?

It’s so easy to say something. Watch:

See? Piece of cake and I haven’t even had to get off the sofa!

We can teach children to watch out for “belief” words and vague aspirational promises. These are not statements of intent. They are statements to make you think someone shares your values and they’re designed to make you like them. I would like someone who could invest more in hospitals and schools while cutting my tax, but I’ll believe it when it happens.

You know what I believe? I believe people who hold office should be judged against their promises and held accountable for their actions.

3. If someone blames “those people over there”, look up.

Way up. Right to the top.

As the classic joke goes, a banker, a worker and a refugee are sitting at the table with 10 biscuits. The banker takes 9 and then tells the worker, “Watch out for that immigrant – he wants to steal your biscuit.”

Which is basically the Daily Mail’s editorial stance summed up in two lines.

We all know that the single most effective tactic at distracting people from questioning why the 1% each have so very much more than the 99% is divide and rule. There are many examples throughout history. Take your pick. Ask a child, is the villain really the woman over there who worships in a different building from you, or the teenager who risked his life in an overloaded inflatable boat to come to your town?

Or is it the guy with all the money who won’t share? 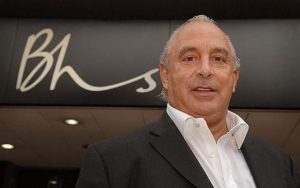 Before we look sideways, we should always look up. All the way up.

4. Stuff doesn’t make you happy – but security stops you from being scared

That new toy, a bigger TV, the latest iPhone and a pretty new dress – sure, we’d all like them, but will they increase our happiness in a meaningful way? (Okay, maybe the dress …)

But you can’t be happy if you’re not sure you can make the rent this week.

*And* it’s a choice between dinner or the bus fare to work tomorrow.

*And* the window’s broken, so you can’t leave the house, so you won’t get paid and you might lose your job.

It’s terrifying to lack basic security (food, shelter, income) – and far too easy for those of us who have them to take them for granted.

We can teach children that there are some things that everyone needs, that we should work to ensure everyone has them – and that nothing else really matters.

5. We all deserve dignity

Billy has a bag of sweets. Tommy would like one. Billy shares.

Would Tommy say the sweet tastes as good if Billy made him beg for it? How would Tommy feel about Billy if that happened?

We need to feel proud of what we do. Zero-hours contracts, minimum wage below the living wage, prices so low that farmers and manufacturers struggle to break even, workers only kept from poverty through state benefits – these don’t only make people feel insecure and fearful. They also chip away at people’s pride and self-worth. They make people who work hard at those jobs feel as if they’re failing.

They’re not. We’re failing them.

Are job security and decent wages wasteful? Should we cut them and make some efficiencies? Is it worth a few pennies in our pockets or our pension funds, to have a whole segment of society feeling angry, scared, humiliated and disenfranchised?

We can teach children to treat each other with dignity.

6. We all have bubbles. It’s time to go outside them.

The traditional base of progressive politics – the white working class – has been ignored and their votes taken for granted. Their jobs have been hit so hard by globalization and technological advances. Now the Brexit vote and Trump’s election have given them a voice. (And in the long term, that may not be a bad thing.)

But maybe it shouldn’t have taken this long – or results this extreme – for them to have been heard.

Maybe if we had listened, and went beyond our bubbles to understand why people felt so left behind, and acted in a more collectively responsible way – maybe we wouldn’t be here right now.

It’s easier to point the finger, and laugh at people because they seem backward, or bigoted, or dismiss them as stupid. (And I’m not denying there are elements of those in how people vote.)

And it’s easier to spend time talking with people who (broadly) agree with us.

But we’re now seeing a pattern – which may well be reinforced in the French elections next year – of people who feel sidelined expressing reactionary anger at the ballot box.

So perhaps if we can teach our children to converse and connect with people who aren’t like them – perhaps they won’t make the same mistakes we have, and perhaps there’ll be more understanding all around.

Yeah, it’s a bit of a hippy way to finish. But these two votes in particular seemed to be full of people talking – or, more often, shouting – and I’m looking at the results and thinking that it doesn’t really work.

Exhibition: Opus Anglicanum at the V&A