Mothers’ ruin. Or mothers’ delight, maybe. Delight in the Mothership’s case, certainly. A delight that her fabulous friends have been only too happy to enable. (Thanks, guys!) This has resulted in a rather fine selection of bottles in her personal collection.

Now, you may not know this, but the Mothership was originally a biologist, fully committed to the scientific approach. So when I suggested we nip through her gin library and do a comparative tasting, her inner lab geek kicked in. 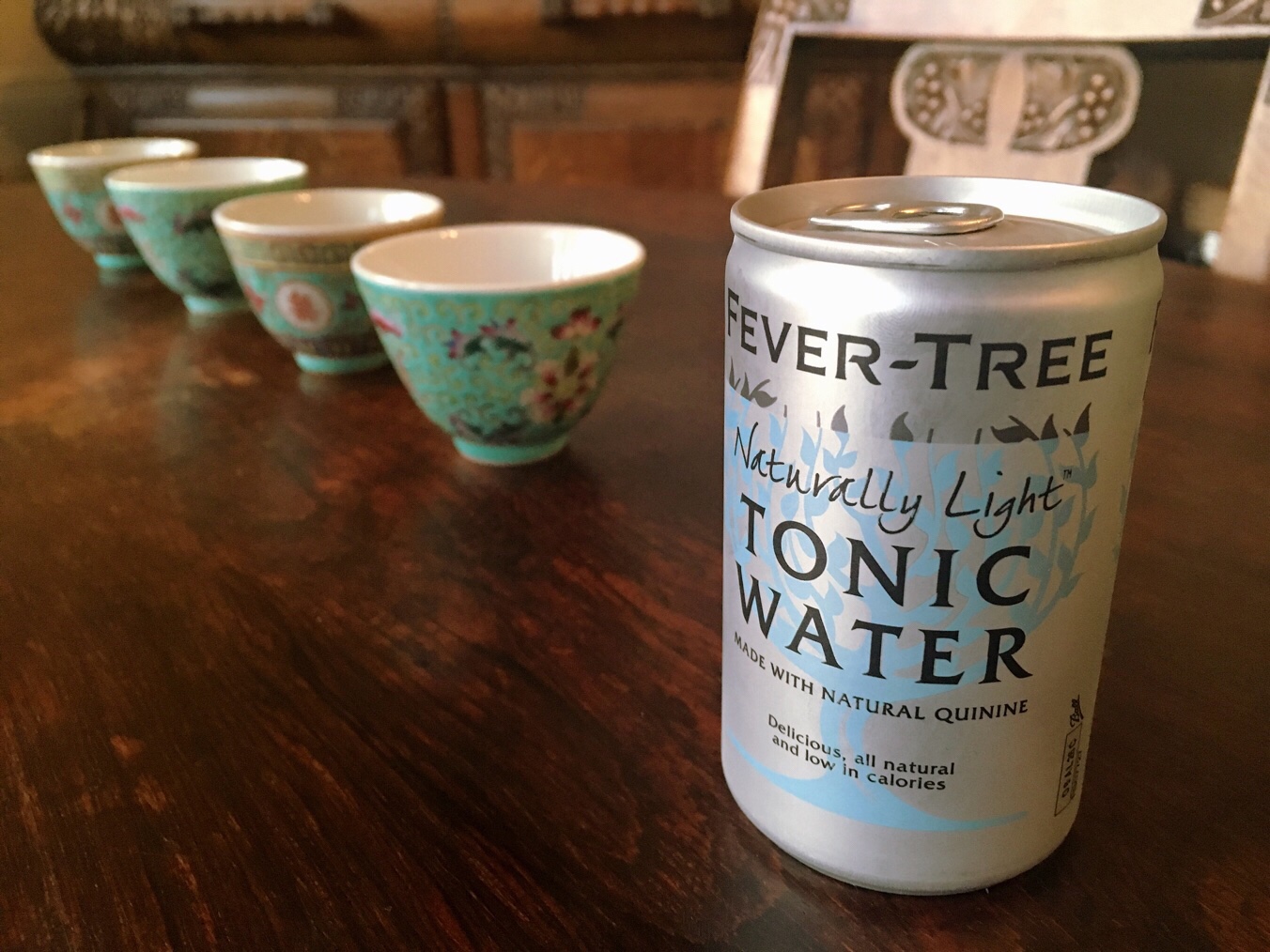 Four gins were selected, eight teacups were produced and a *very* small tin of Fevertree “naturally light” tonic appeared on the table. Then we added a small bottle of Brighton gin, just to be sure. We then poured a little dribble (tiny! Barely anything at all) of each gin into a cup, then smelled it, tasted it and tasted it again with a little splash of tonic.

Scientific rigour at its best.

Our aim was to discover which one we liked the most; our method was careful and consistent; the results and conclusion are below. 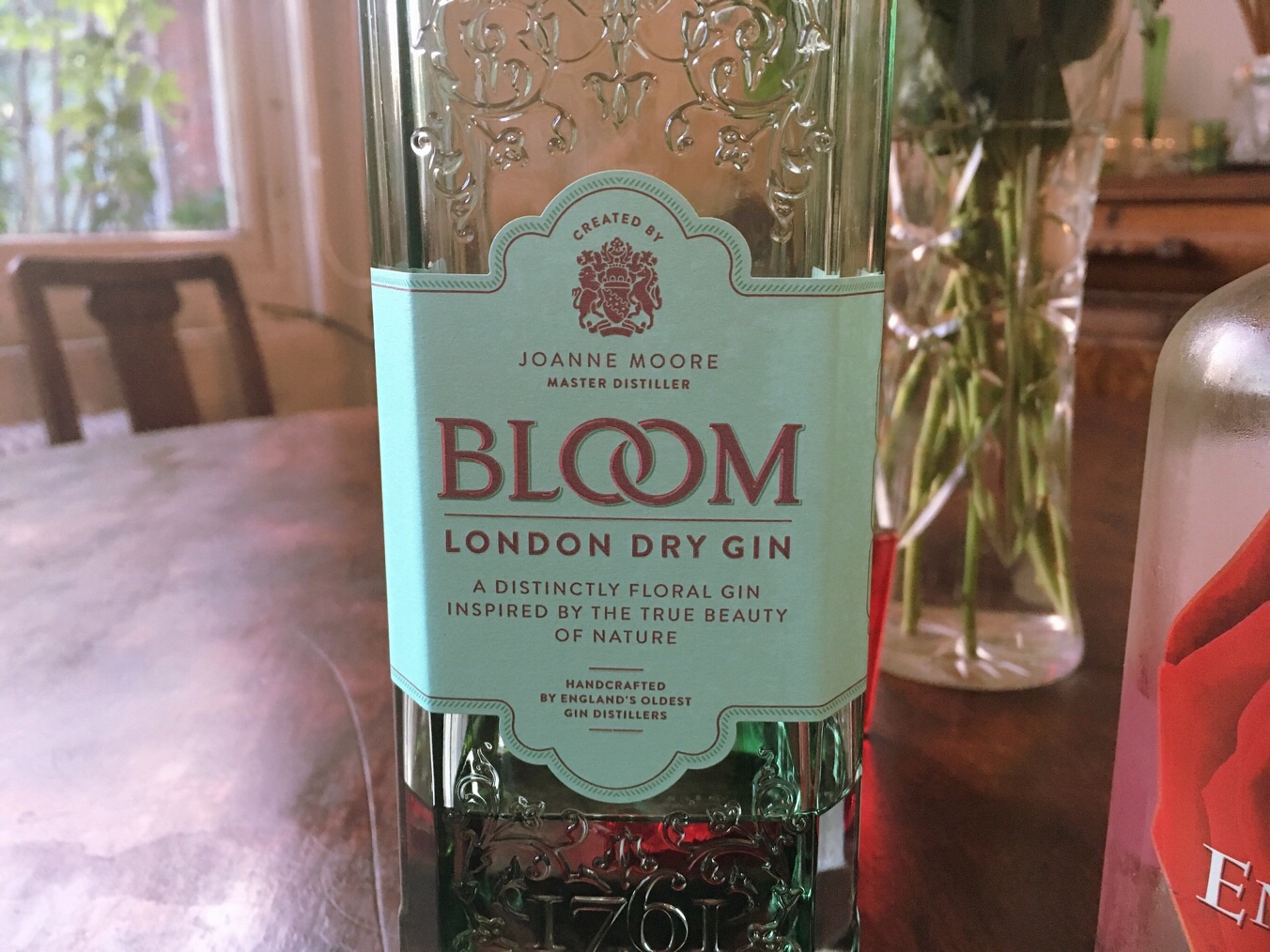 We begin with Bloom, a highly reviewed gin feted for its delicate, floral flavour based on honeysuckle, chamomile and pomelo. The juniper is still present, though. “It’s not gin if the juniper doesn’t come through,” the Mothership states firmly. (We’ll see how that works out later on.)

It’s certainly quite perfumed. With a splash of tonic, the lemony citrus scent rises, followed by refreshing floral notes.

I’m less enthralled. It’s perfectly pleasant – refreshing for a summer afternoon – but unlike other reviewers, I’m not blown away. 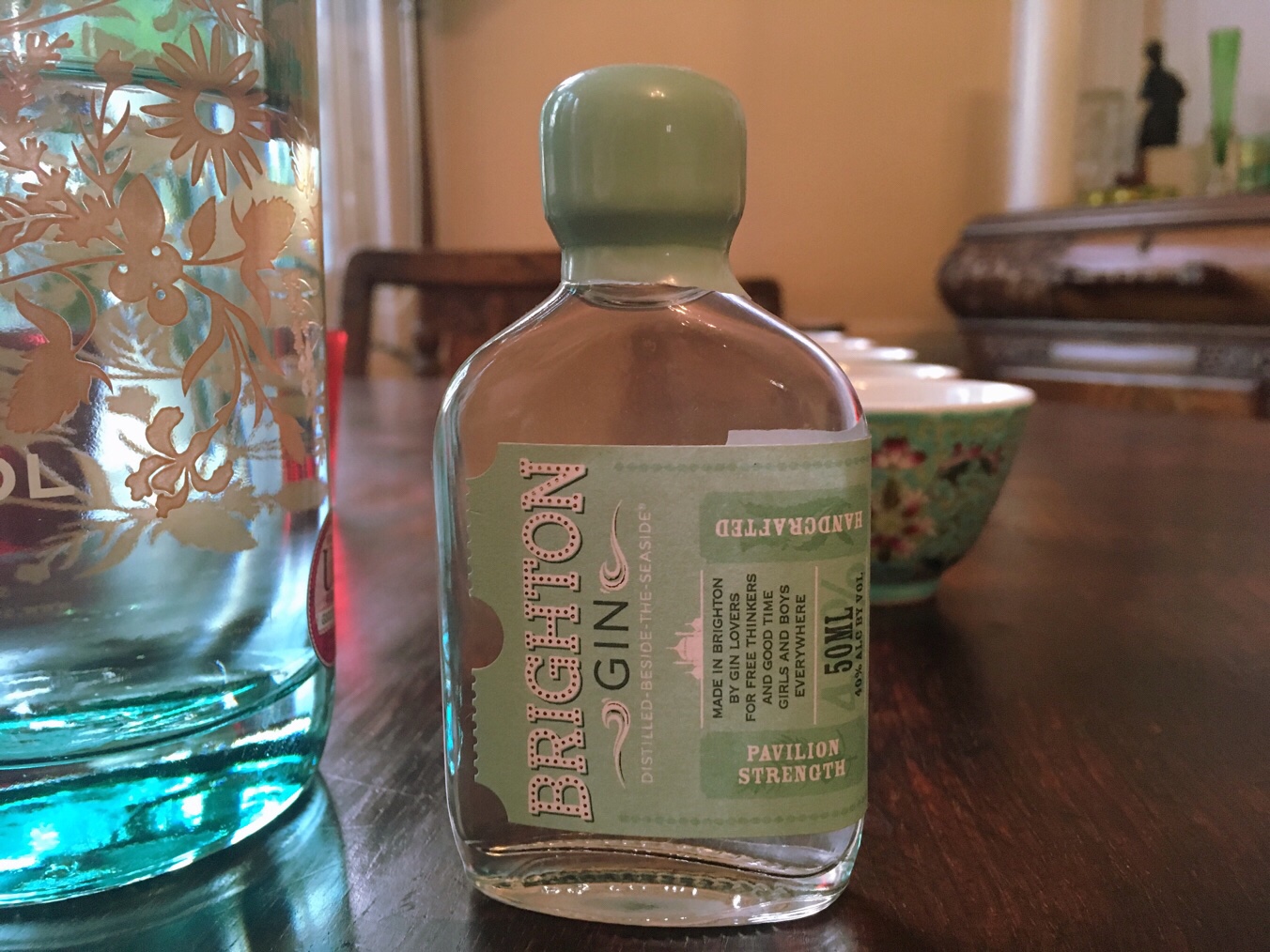 It’s not a great start for her locally distilled gin – it proves quite tricky to open the wax-topped bottle.

“I *dislike* that this wax is difficult to remove,” says a frustrated Mothership. (Woe betide the person – or gin company – who gets between her and her sauce.) “It … fragments.”

She reaches for the nearest implement (which, typically, happens to be a mother-of-pearl-handled fishfork) and with that, she’s in. (Phew.)

It really is light – almost less a gin than a lightly flavoured vodka, with a botanical smell verging on cologne. “This has finesse,” says the Mothership, as she takes a delicate swig, “followed by a kick.”

A dribble of tonic brings out the perfume even more: I feel like a character in an Agatha Christie novel at cocktail-o’clock, sipping as I lounge in a silk kimono. But we’re left feeling somewhat existential: Is this gin? 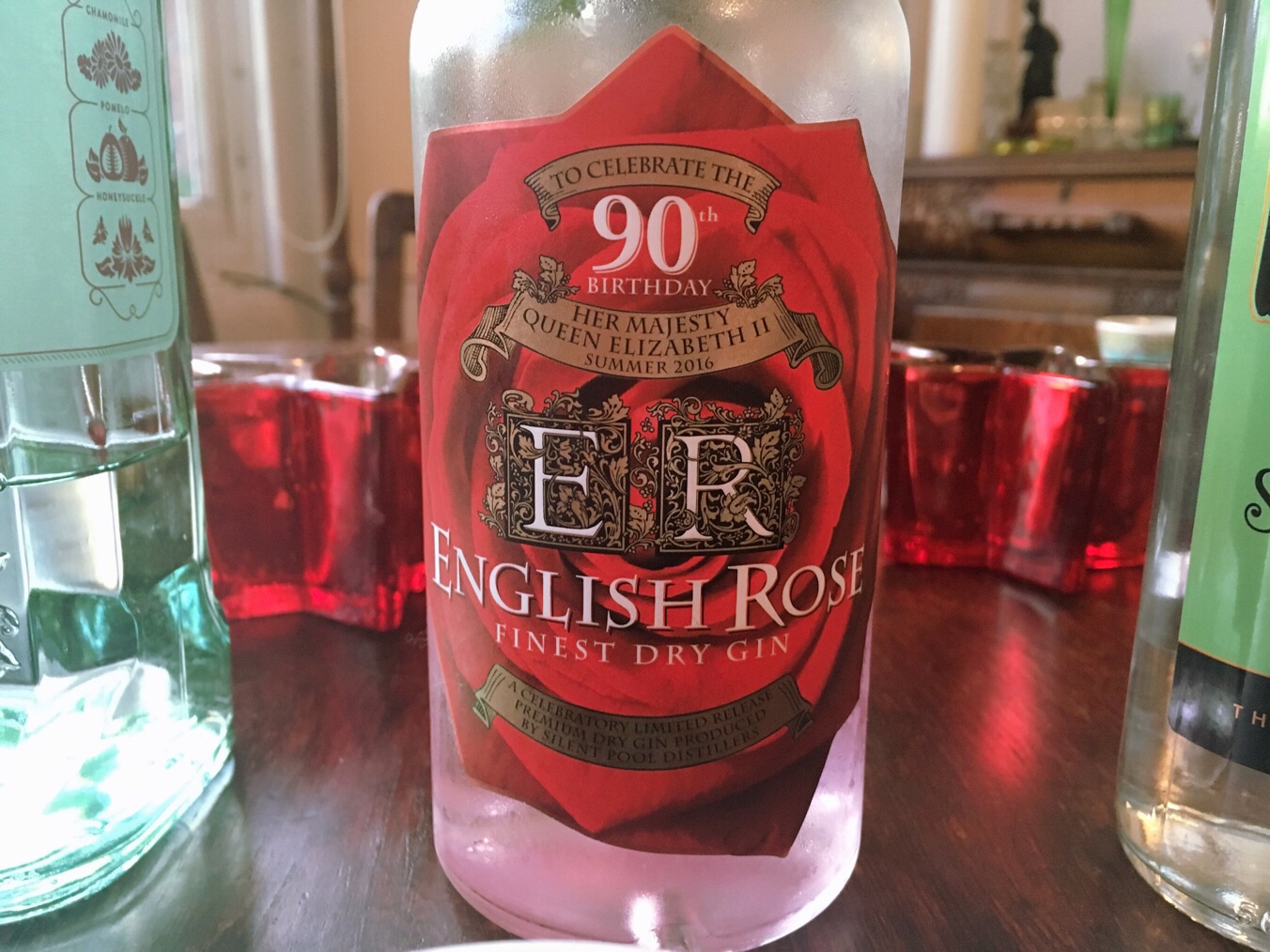 The colour swoons pale, pale pink in the cup. I spill a little, and the perfume rises. The Mothership’s verdict: “It’s amazing – almost like I would associate with rose cream chocolates, except that it’s bone dry.” That is, we agree, aside from the burnt sugar, bitter nose.

It is quite startlingly pretty. The sort of gin to accompany afternoon tea, if such a thing were ever to happen. (Note to self: Make this happen.) It does not taste of gin.

A dash of tonic brings the rose scent forward; it lasts longer in the mouth.

The Mothership is entranced. “I wouldn’t add anything to this,” she says. “I’d just have it over ice.”

(Thus confirming it is indeed gin.) 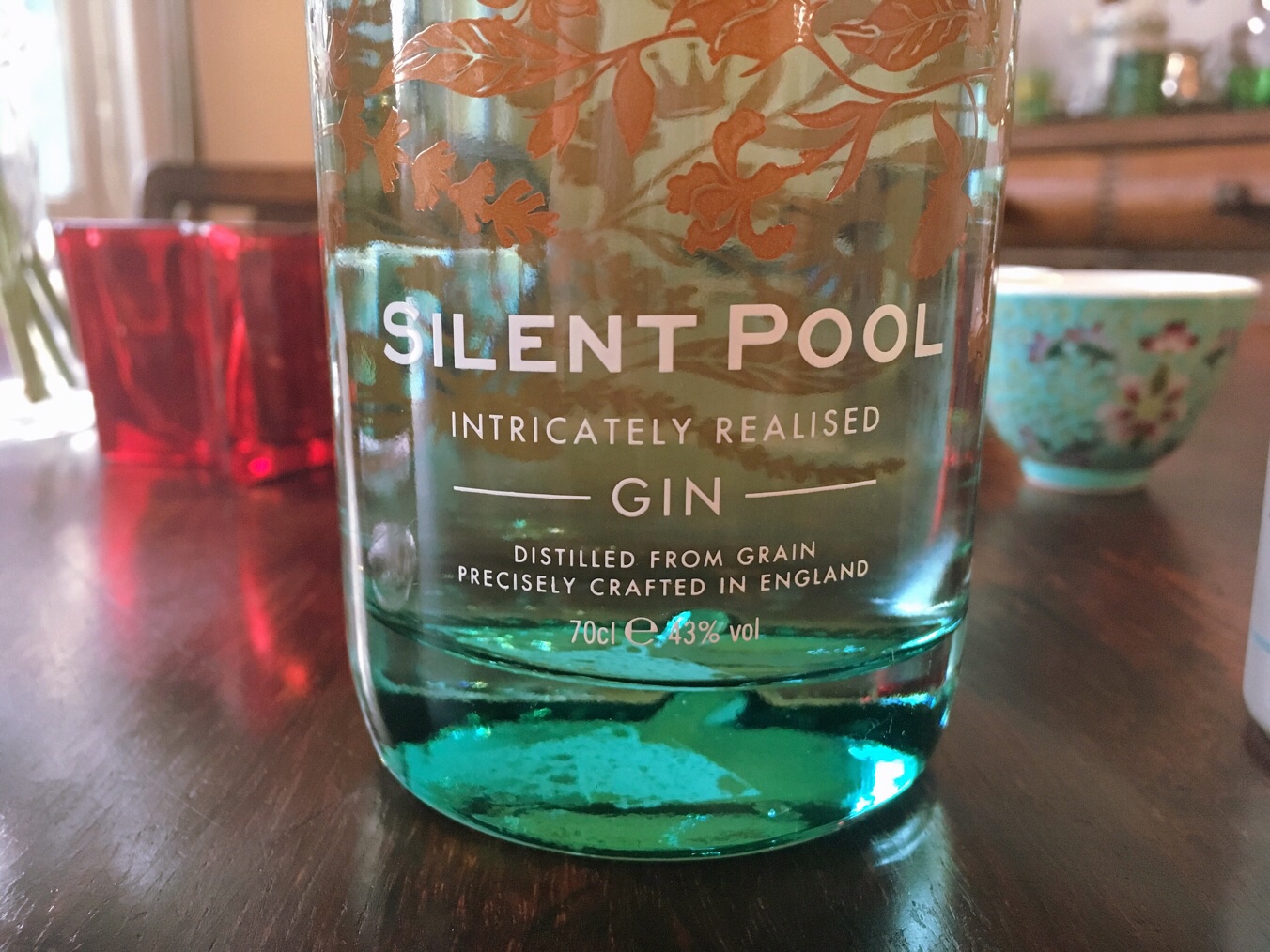 Full disclaimer: This is already the Mothership’s preferred boutique gin. I’ve not tried it, though, and am struck by its lemony, herbal nose, again with a twist of burnt toffee.

There’s a floral bouquet in the mouth that’s almost Turkish Delightful, and perhaps a pinch of cardamom.

More of a citrus-forward gin in style, this would be wonderful with grapefruit tonic, cucumber or simply with lots of lime. 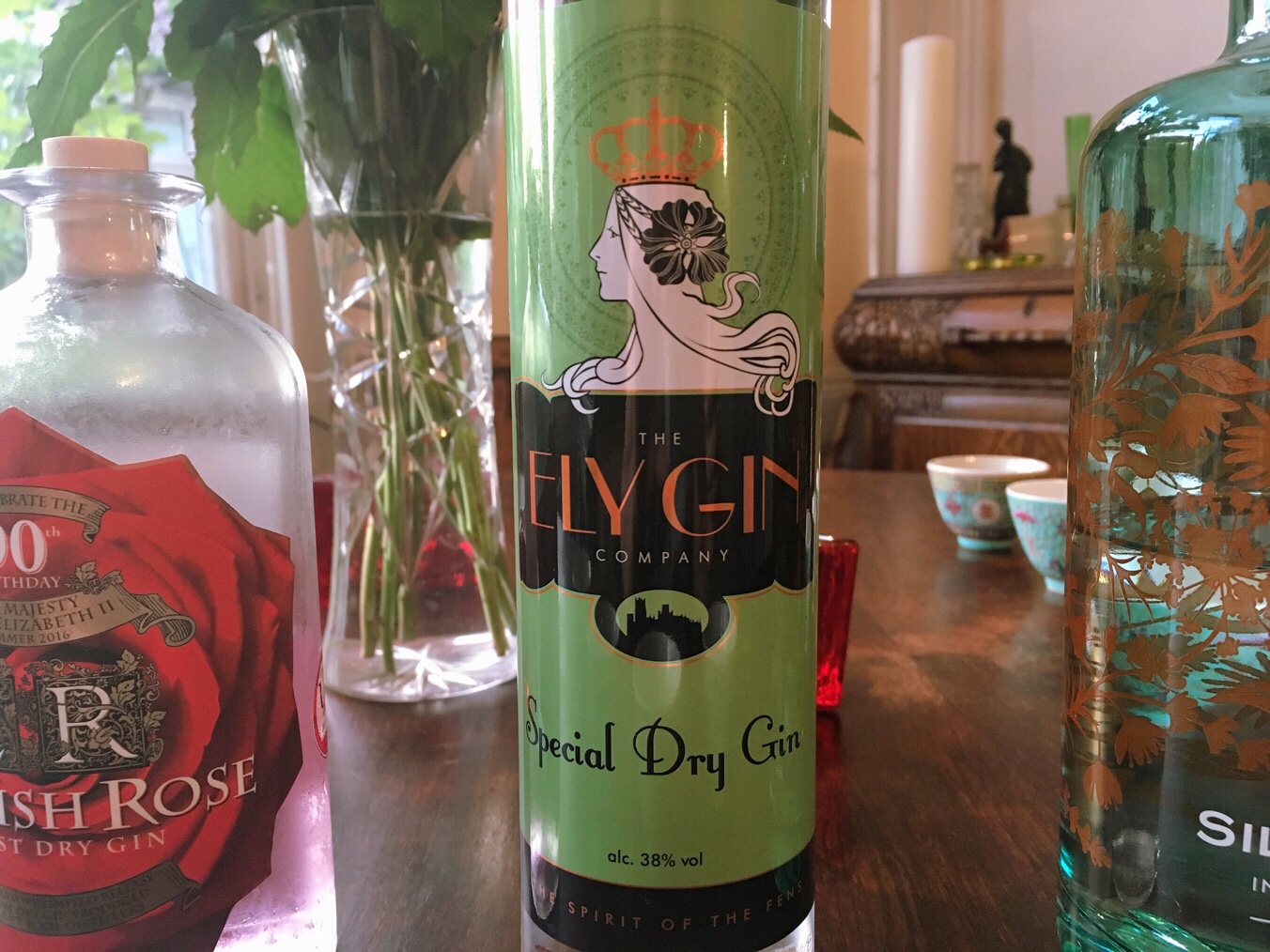 A classic, strong London gin nose. Not the strongest I’ve ever tried (FYI that was a bottle of House of Lords gin that Ted brought back as a souvenir one time – I can only describe it as punch-you-in-the-face-with-a-fistful-of-juniper) but certainly heading in that direction.

“It’s quite powerful, flavour-wise,” says the Mothership. “A huge blast of classic flavours.”

Some tonic releases the spices – coriander and liquorice come through. Our verdict? Very nice indeed.

By now, it’s sunset, so time for an actual G&T, and I force the Mothership to jump off the fence. We both go for Silent Pool.

I pour myself a generous measure and half the remaining tonic.

“I’ll have twice that much,” she says. “Can I give you some of my tonic, though?” 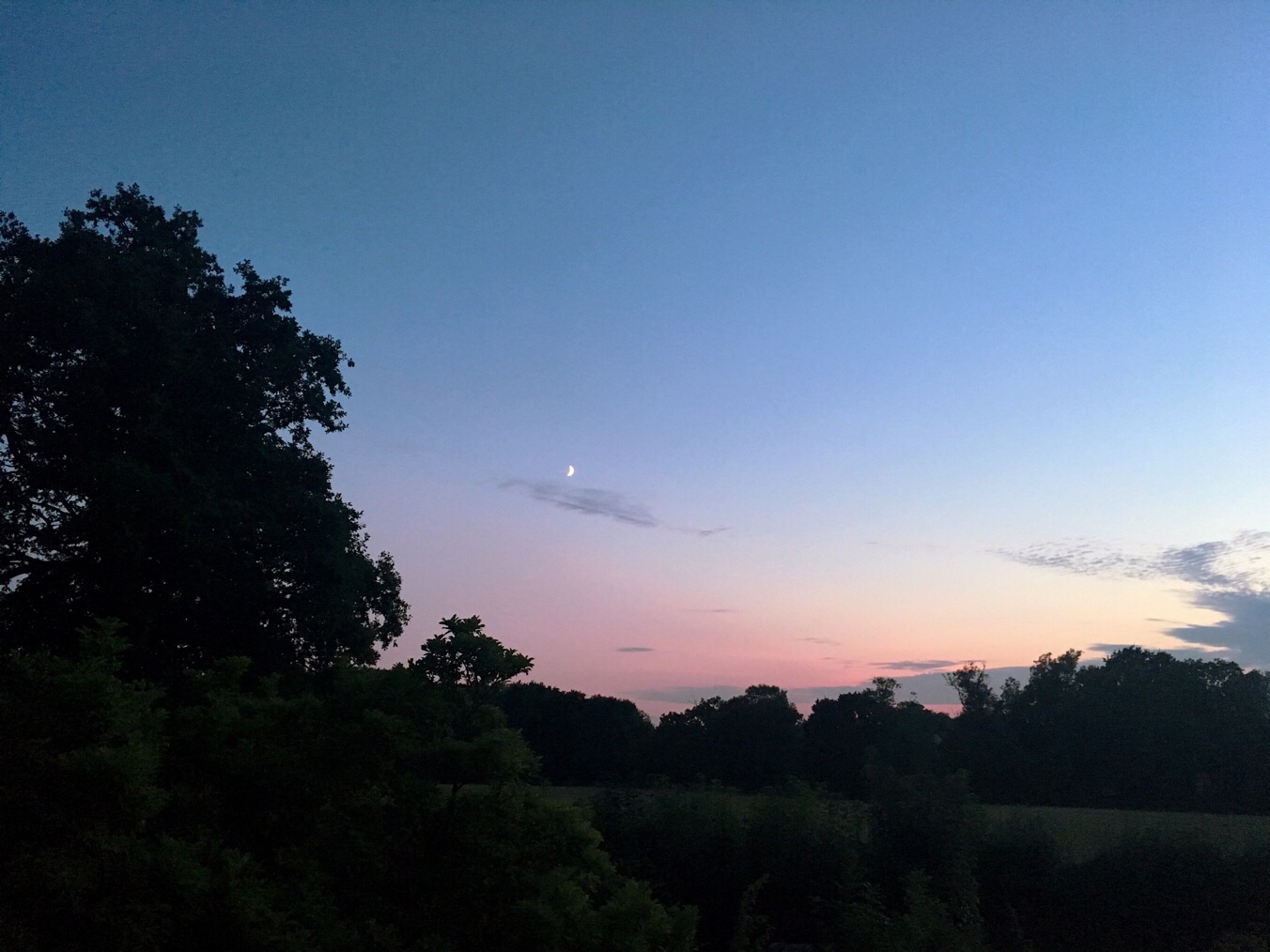