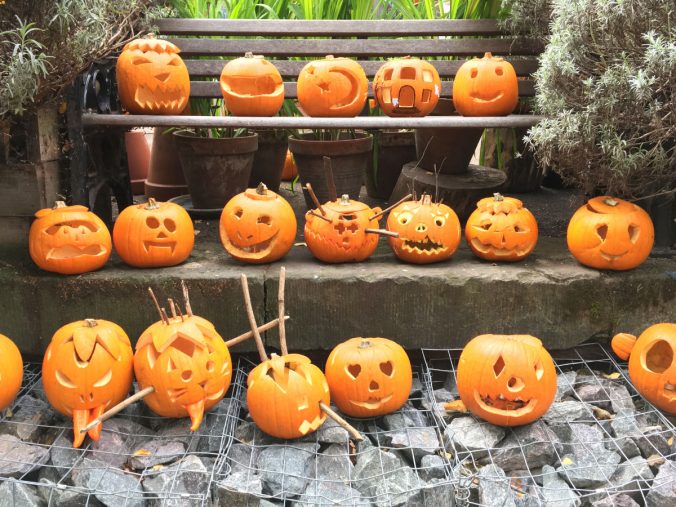 Pumpkin invasion and a Halloween tea

So on Wednesday, I headed out east to meet a dear little friend.

Unbeknown to us, the Dalston Eastern Curve Garden had been invaded. 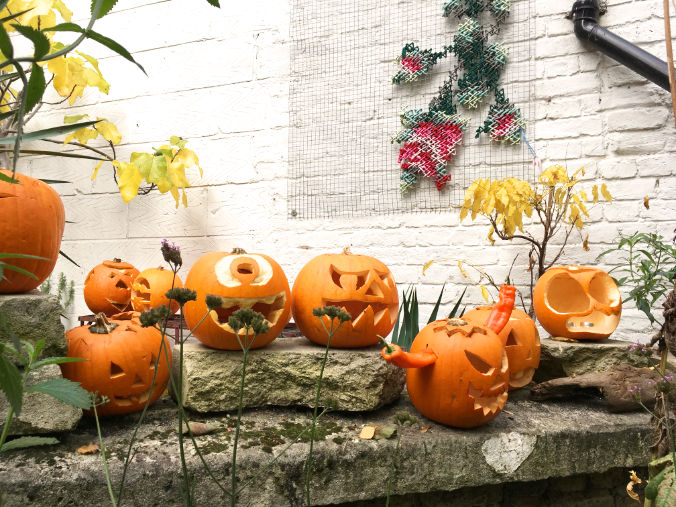 “Take us to your leader!”

Some of the orange aliens were really quite cheeky. 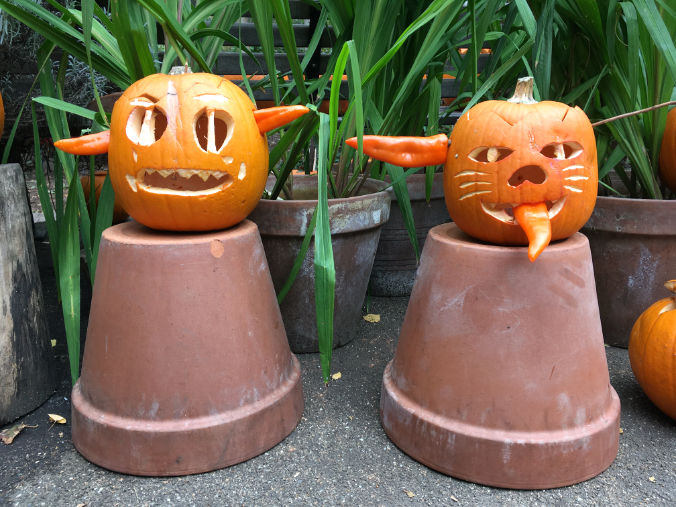 There were cat pumpkins … 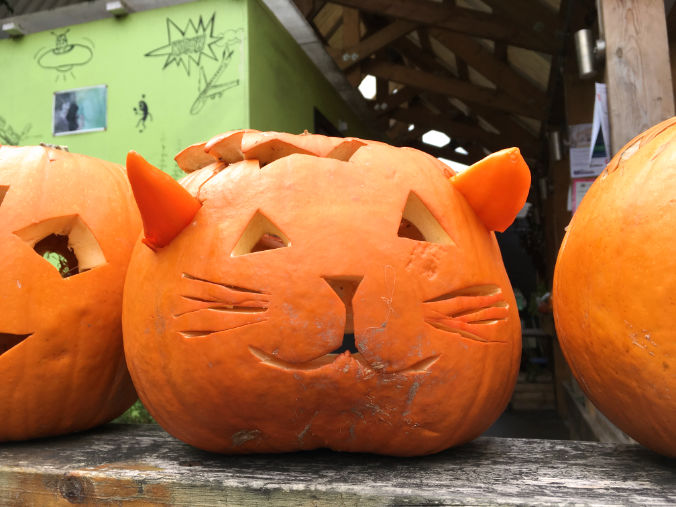 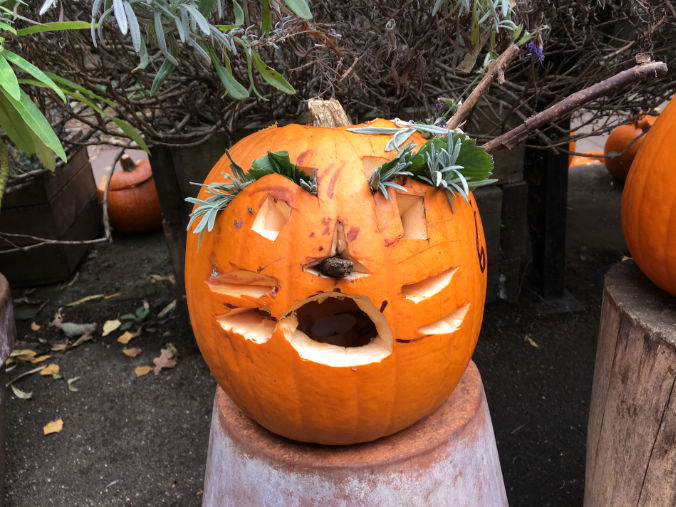 … and an obligatory Trumpkin (obviously). 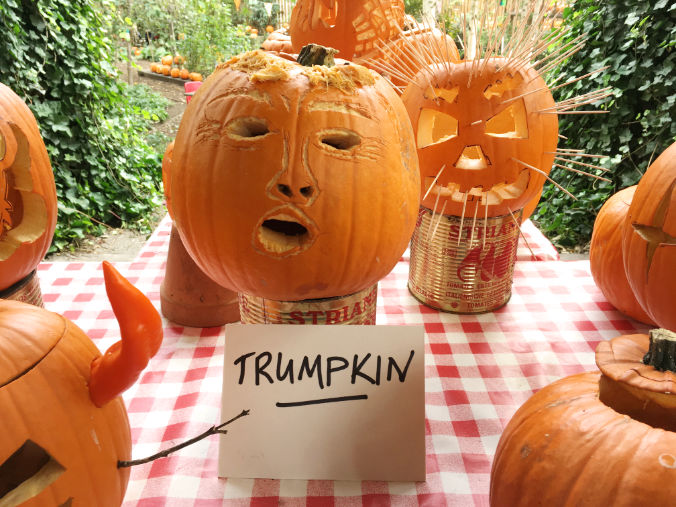 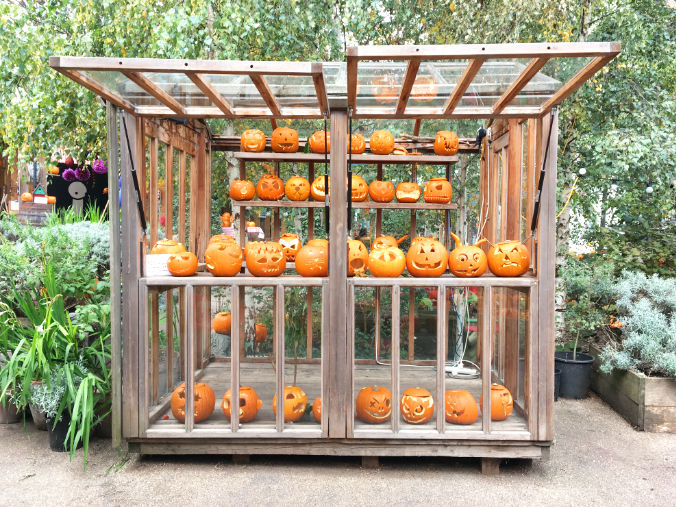 Can you spot my favourite pumpkin? 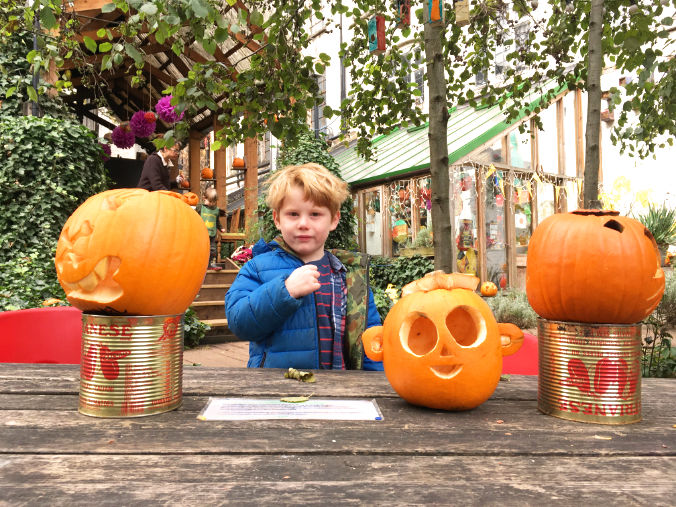 One of these things is not like the others …

We wandered through the pumpkin-strewn garden … 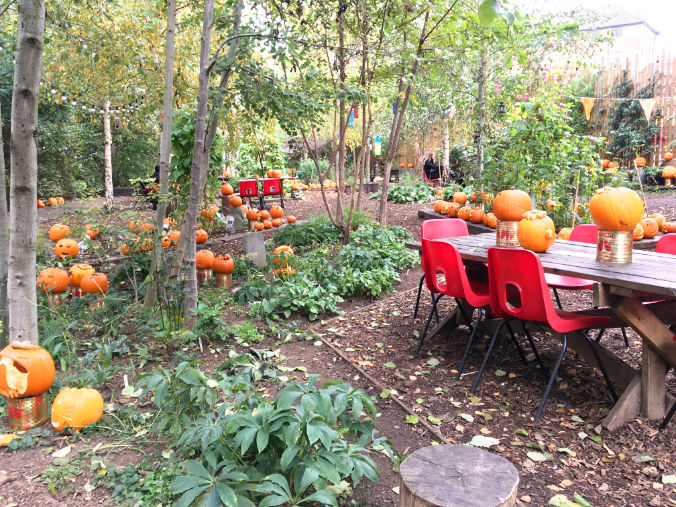 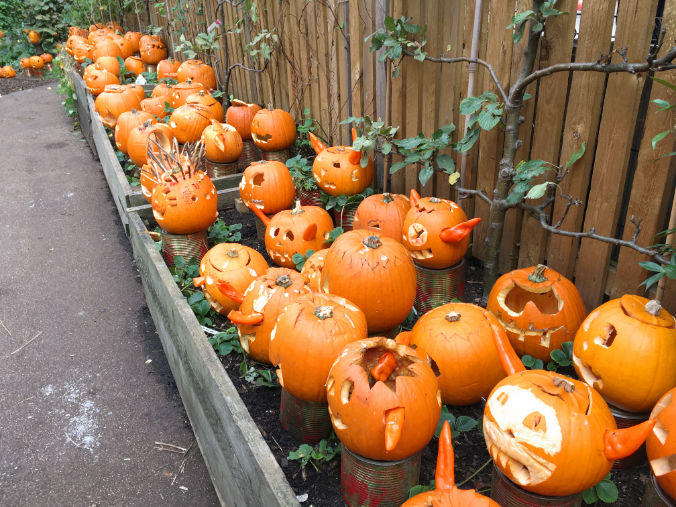 … then time to defend ourselves against a Pumpkin Death Star! 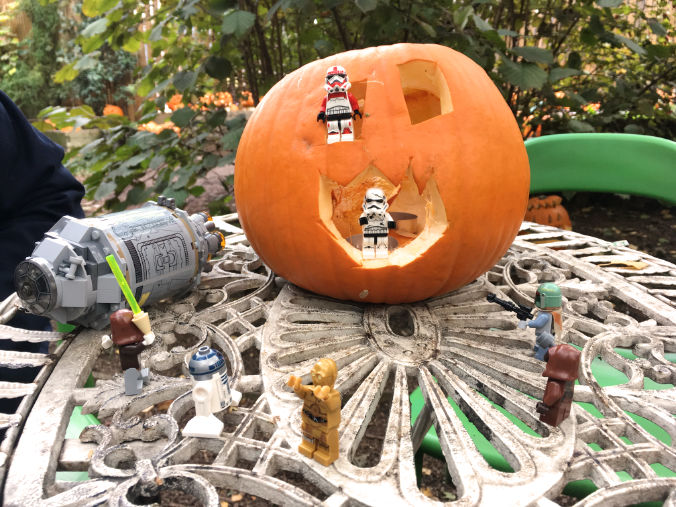 “This pumpkin is fully operational.”

That adventure inspired Ted to carve a pumpkin today, as two more favourite pumpkins were coming for Halloween tea: 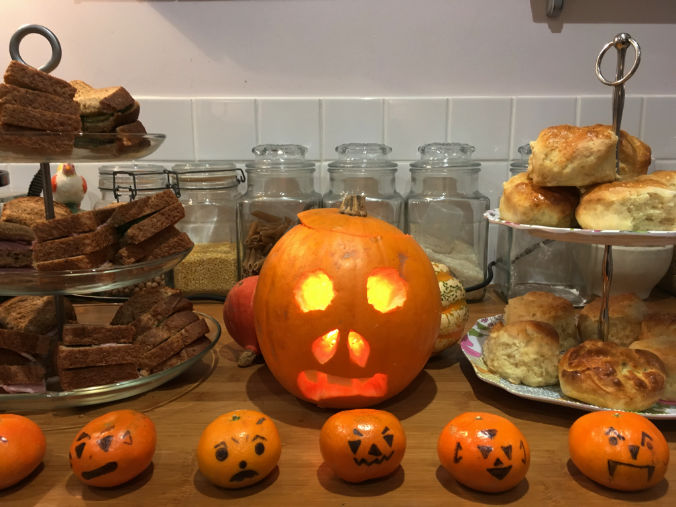 We had Lily’s scones with homemade blackberry jam (this recipe) and whipped cream; a pumpkin spice magic cake (I just added a teaspoon of pumpkin spice to this recipe); and cucumber, ham and cheese sandwiches.

So did the scones. 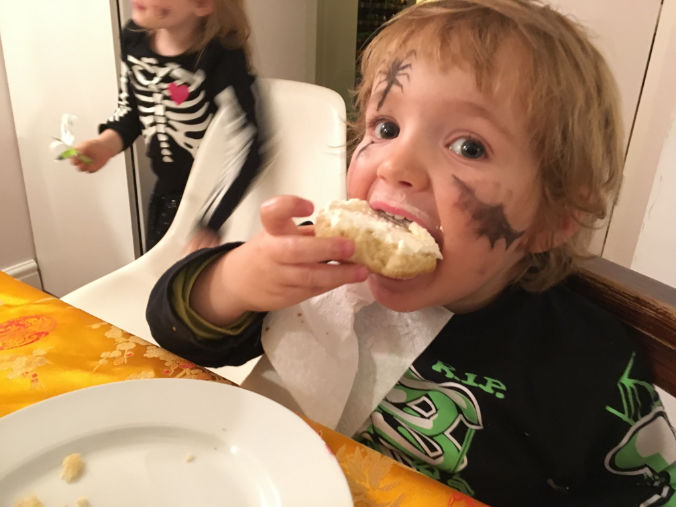 “Please can I have another one, just with CREAM?”

Then after some early fireworks, as Zebedee says, it was time for bed.

I hope you had a lovely weekend too.

adventures, in the kitchen

Which Shakespeare play should you see?