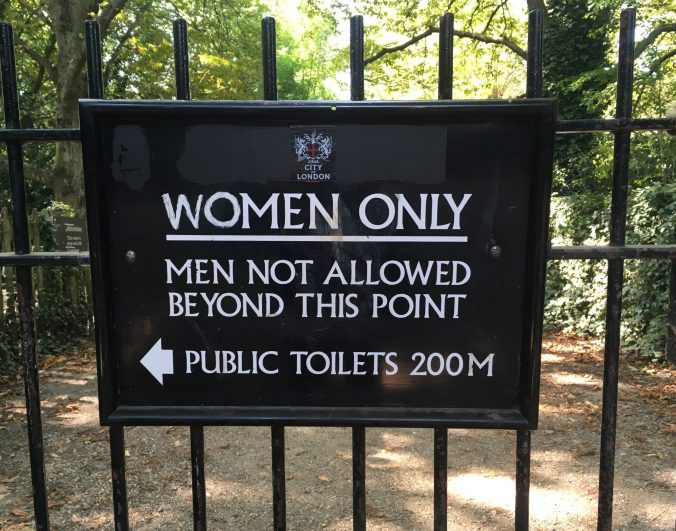 Hey sisters! If you, like me, have spent most of your life searching for the feminist separatist enclave of your dreams, guess what?

Today was a gloriously sunny day, so Ted and I went for breakfast at Rosie’s. (Which is not the enclave, but probably could be considered a worthy second best.)

We had smashed avocado, feta, sumac and pickles on ciabatta, and it was oh.so.delicious. 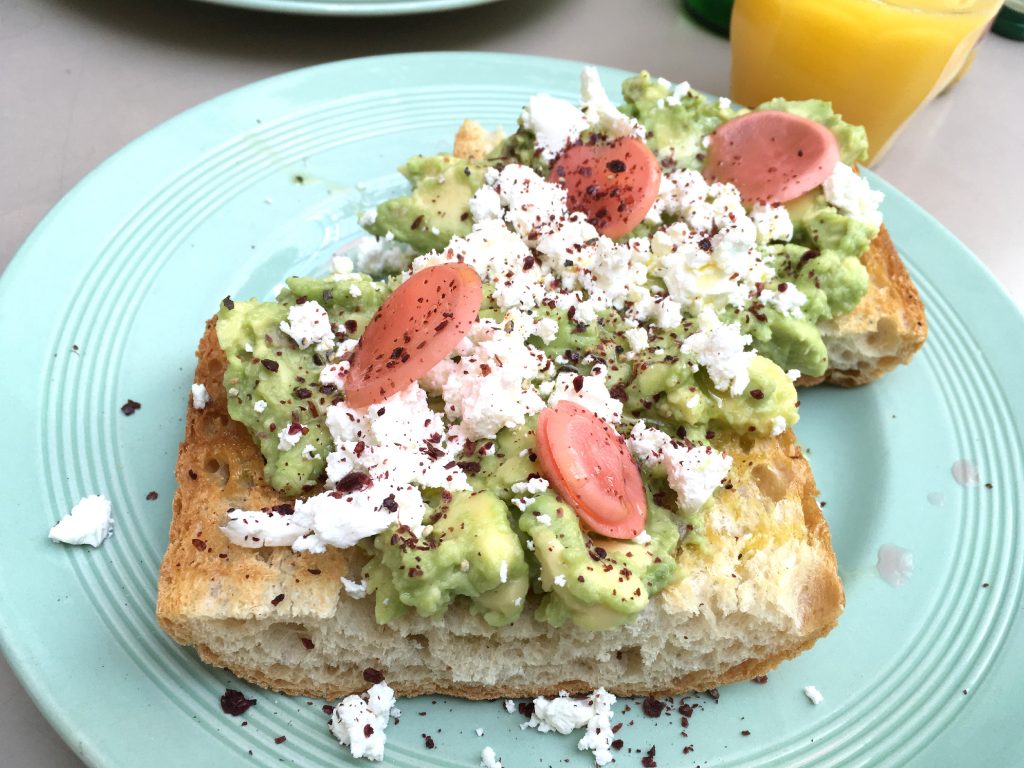 Then Ted realised he was also drinking a flat white, wearing a craft ale t-shirt and sporting a beard, and promptly had a hipster identity crisis. (I reassured him that he was much too old to be a hipster, which thankfully made him feel MUCH better.)

He set off to the library and I headed to Hampstead Heath in search of … the Ladies’ Bathing Pond. 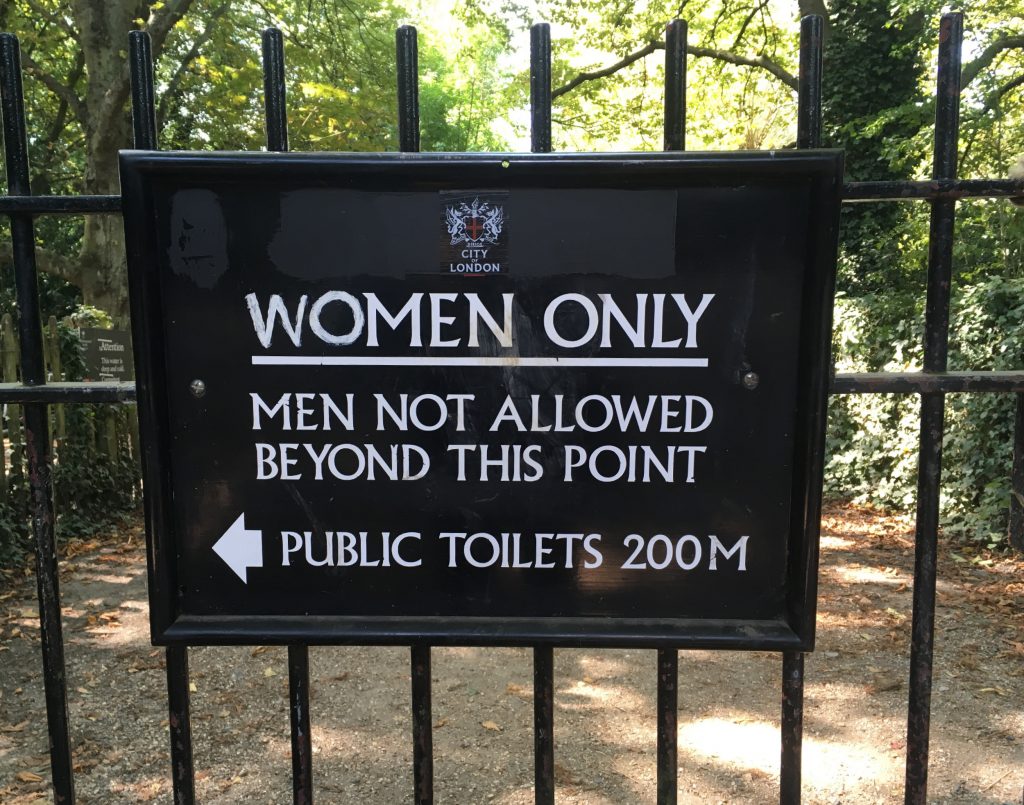 And is officially known as the Kenwood Ladies’ Pond.

There are spacious, clean wooden changing areas with changing rooms, showers etc. – it’s very well set up. The lifeguards are vigilant (the water is cold, deep and cloudy) and equipped with canoes. No men or boys allowed, no under-8s either, and girls aged 8-15 need to pass a swimming test – I saw one child failed hers and they removed her from the pond and encouraged her to the nearby lido, which is shallower and safer.

They’re very strict about no photos there, so I have no pics. But if you can imagine a large, deep, green pond with a smart wooden deck and changing huts, surrounded by trees, then you can understand why I felt a little like Rusalka as I slipped into the water.

There seemed to be three main groups of patrons:

At just under 21 degrees even on a hot August day, it’s deliciously cool. I swam a couple of laps of the pond, accompanied by ducks, a moorhen and some rather impressive dragonflies. Bliss.

And if something catches your foot as you’re swimming, don’t panic – it’s a waterlily stalk.

Which Hockney would you invite to dinner?