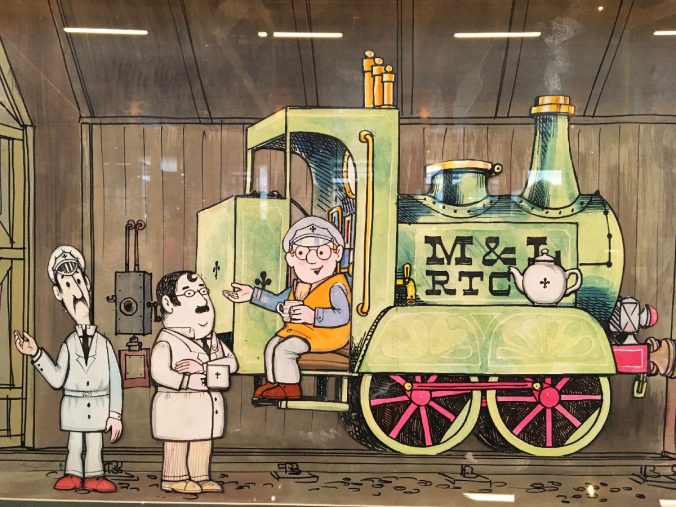 Last chance to see: Clangers, Bagpuss and Co. at the V&A Museum of Childhood

A sunny Saturday so I dragged Ted along to visit some old friends.

The Victoria and Albert Museum’s Museum of Childhood was built in 1872 as an eastern complement to the museums in South Kensington. 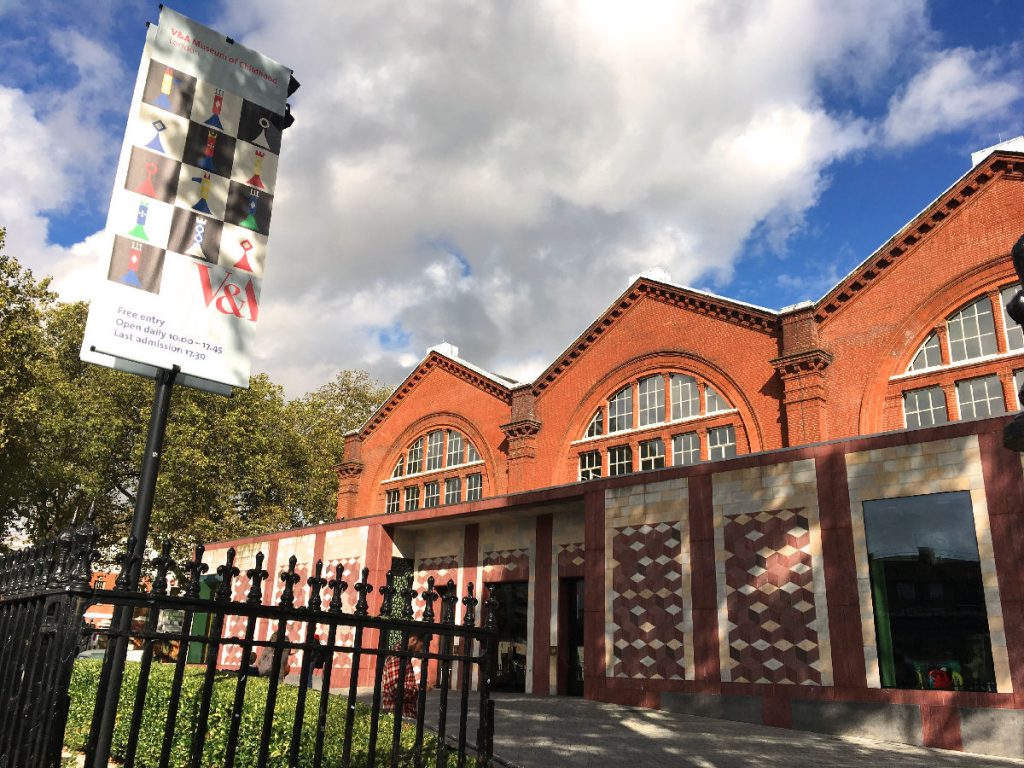 It then evolved from a general extension of the V&A into its specialist childhood arm. 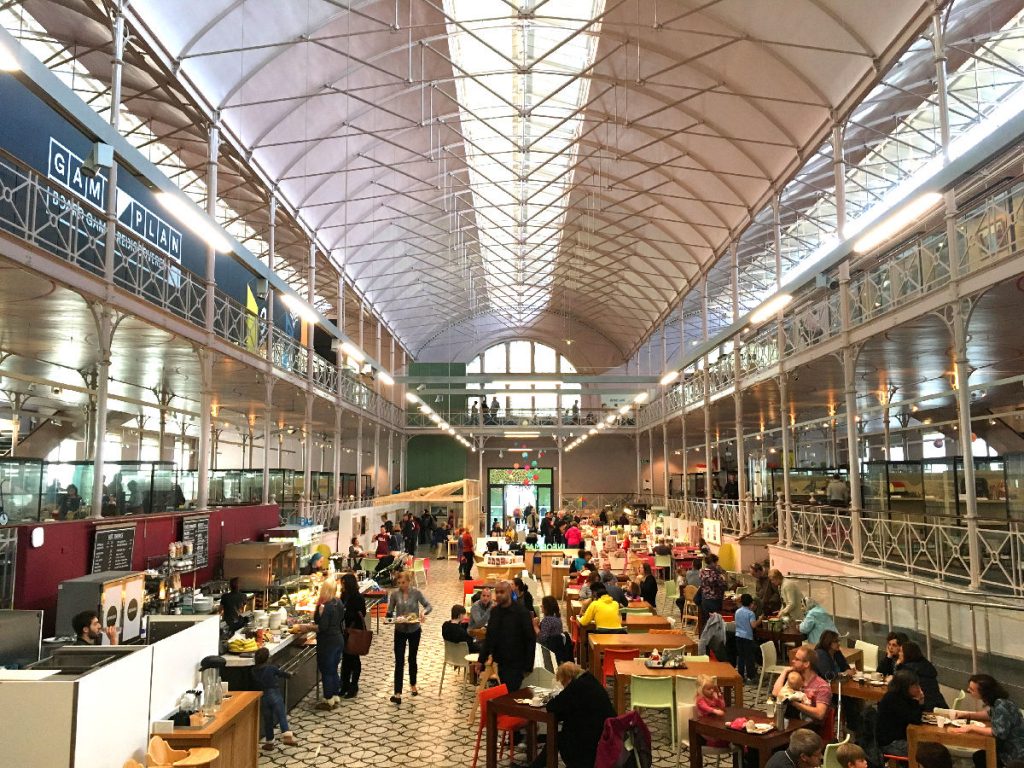 Interior of the V&A Museum of Childhood

The Clangers, Bagpuss and Co. exhibition, which features the work of Oliver Postgate and Peter Firmin, featured many characters from the “golden age” of children’s television. 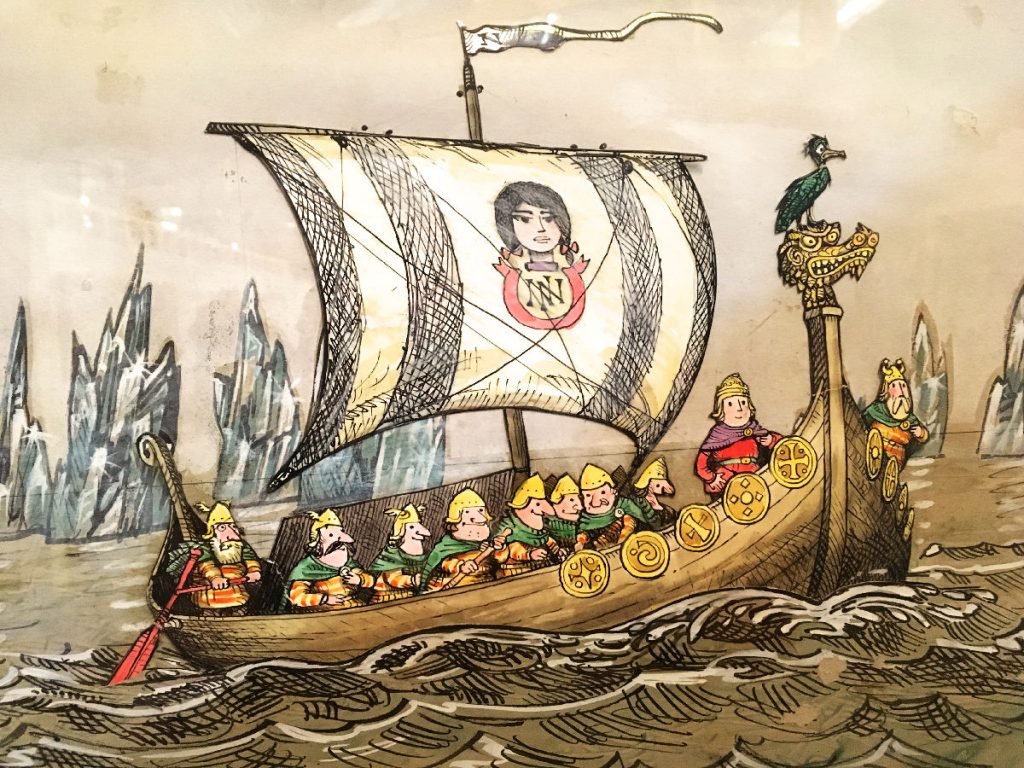 Noggin, King of the Nogs, on his journey to meet his wife-to-be, Nooka.

Ted and I were lucky enough to be children when many of these were shown on the BBC, and it was very lovely to see how these old shows, some of which are still enjoyed by the little people in our lives, were put together. 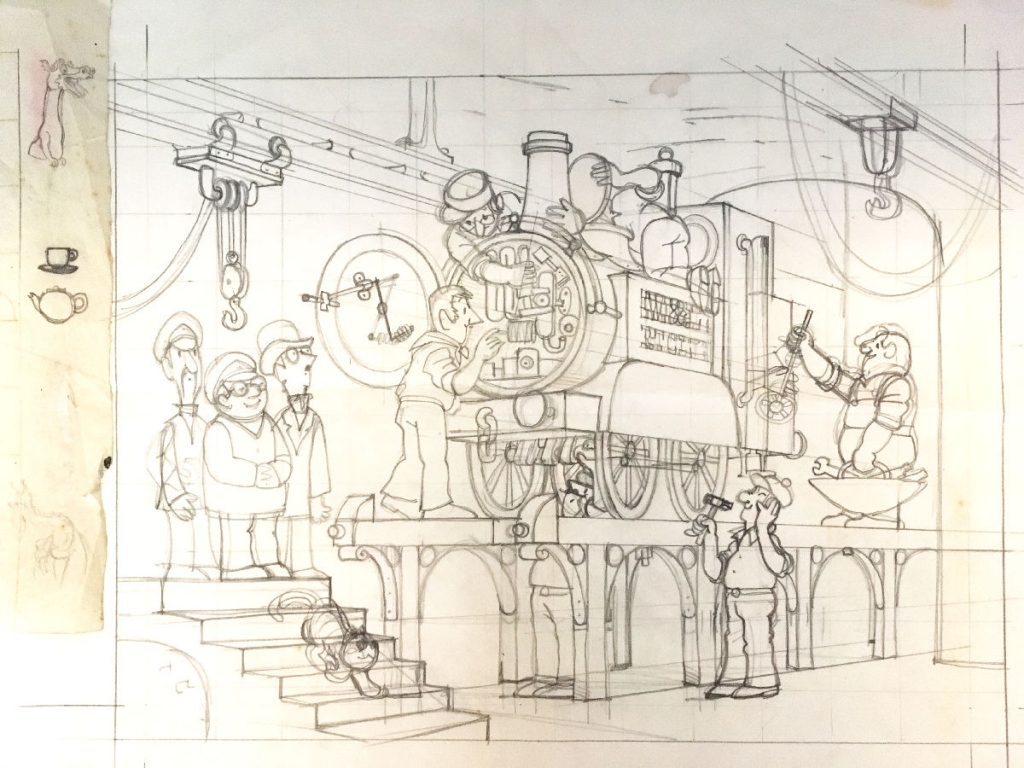 Sketch of Ivor the Engine

The paper models were made in three sizes, for closeup, regular and long-distance shots. The attention to detail is quite wonderful. 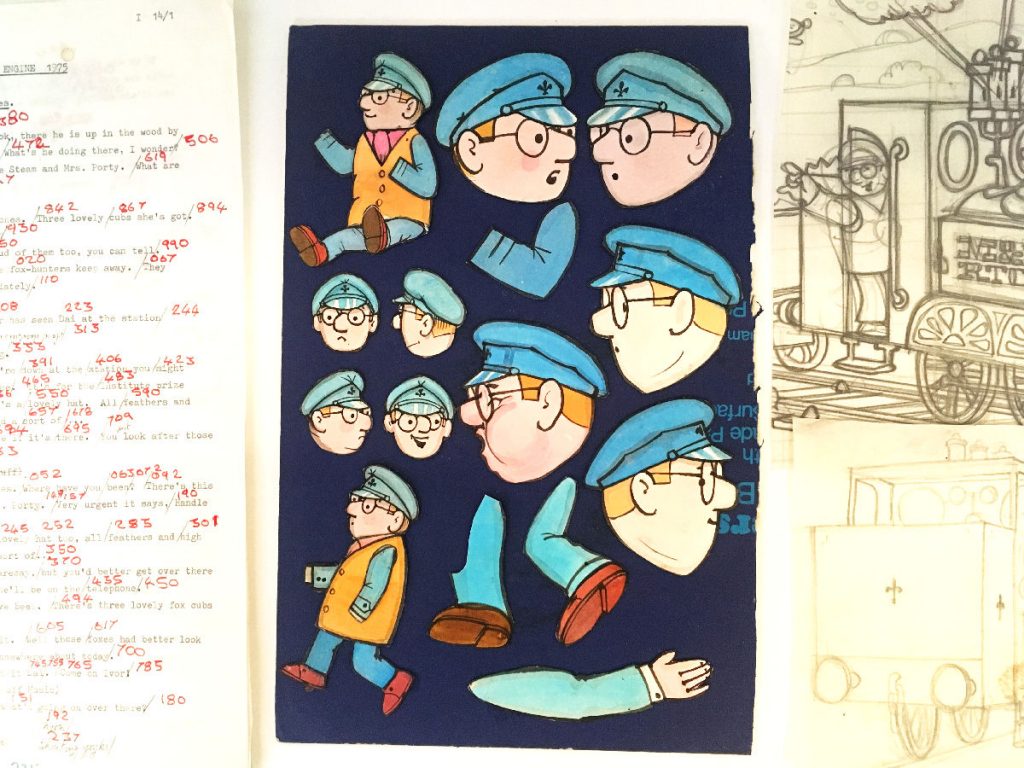 Details of Jones the Steam, a true Welsh hero

The faces are just so expressive. Some of these pieces of paper are very tiny indeed. The Thor Nogson heads below are about an inch high each. 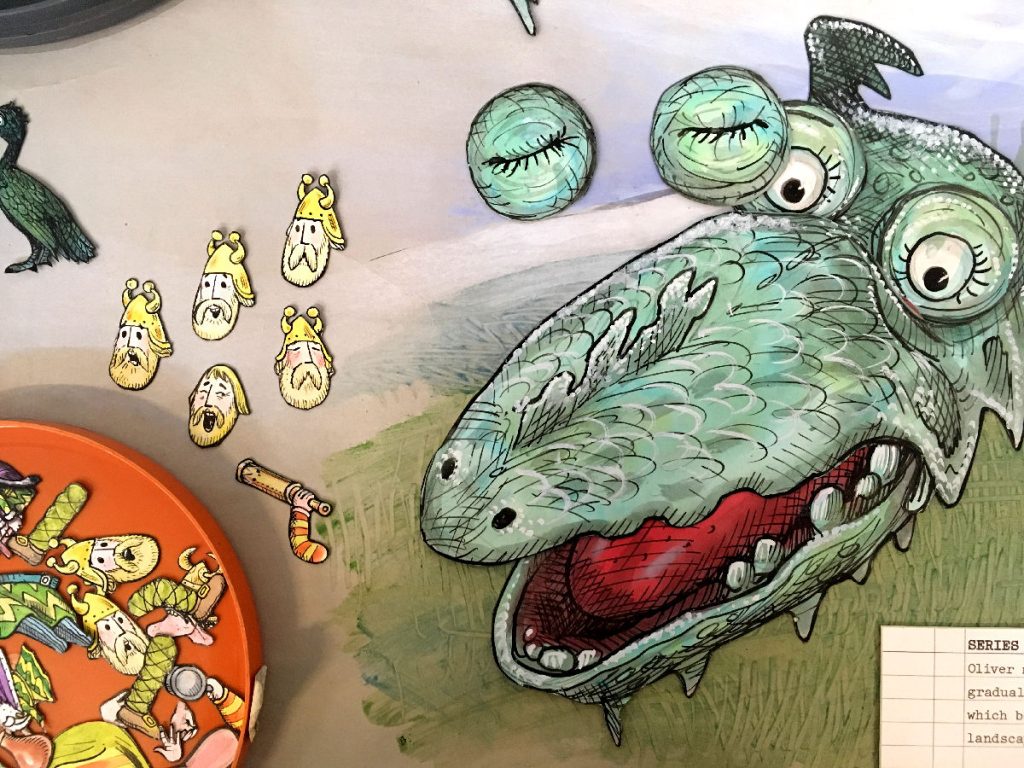 Their work is so meticulous, and yet is underpinned by such creative anarchy. 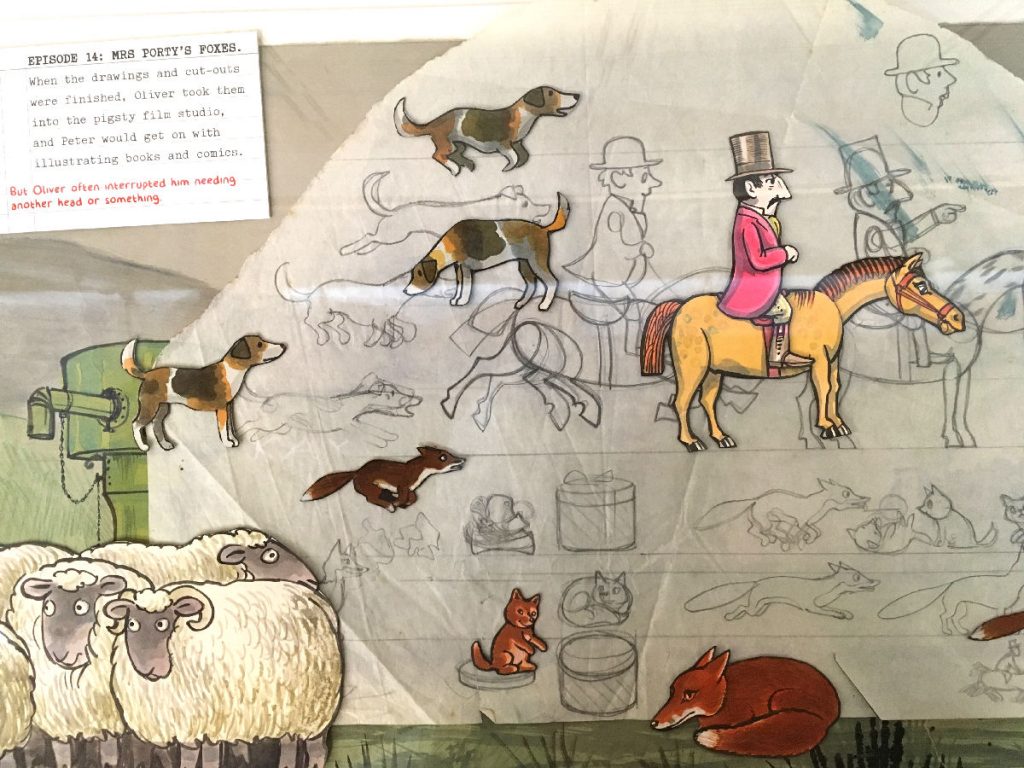 Ted even bumped into an old colleague. 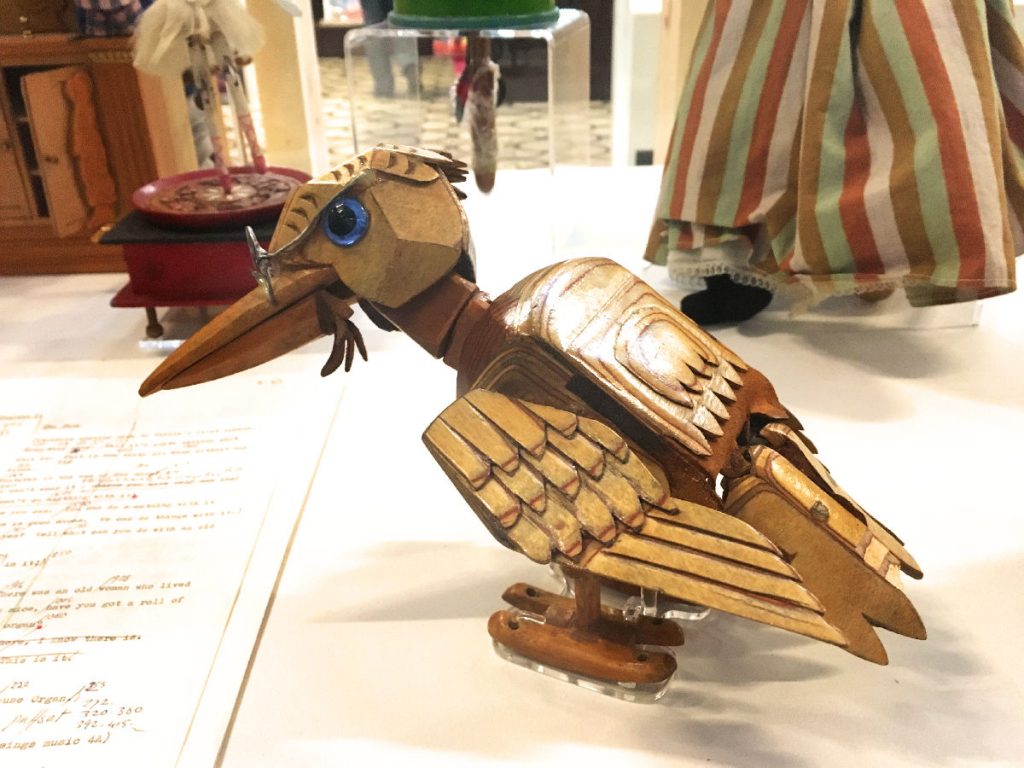 Then we came home for a hot supper. I think the Soup Dragon would have approved. 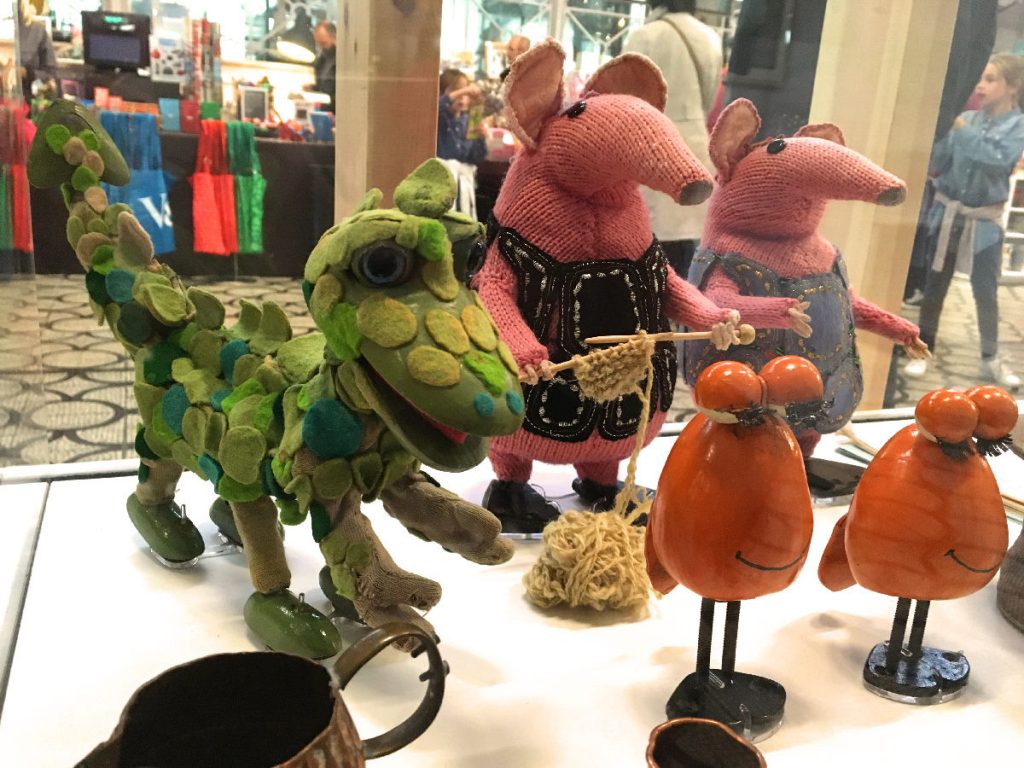 The exhibition is open until Sunday, 9 October and admission is free.

Goodbye to summer at Frank’s Café …